Inflation in the Netherlands is falling again slightly, but groceries are becoming increasingly expensive 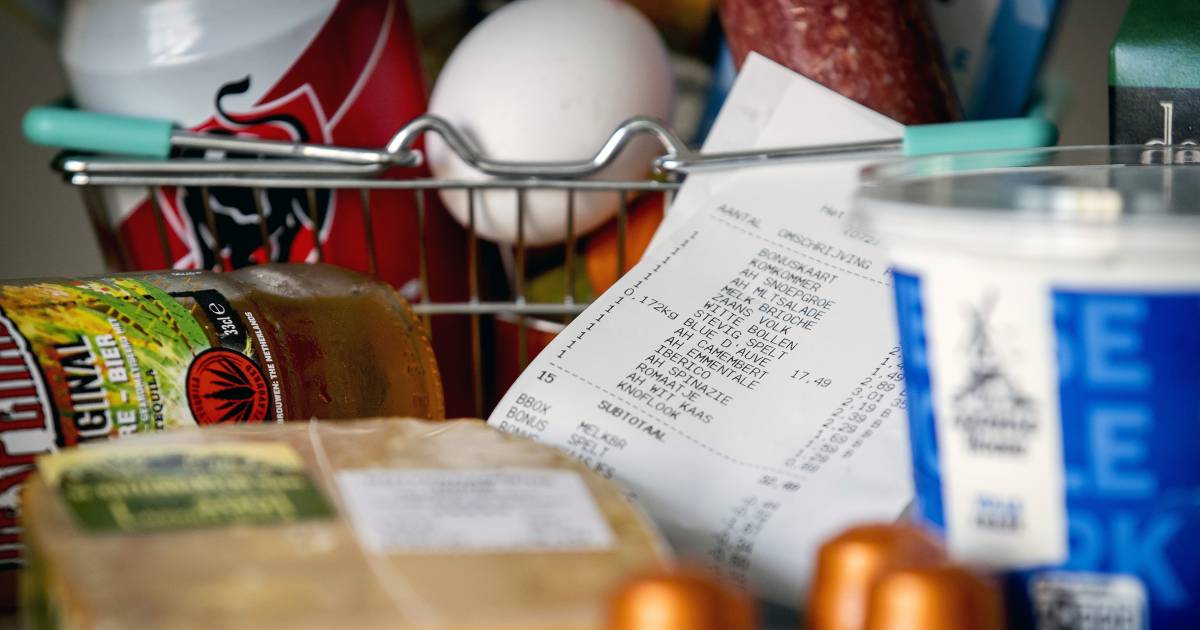 The rate at which prices are rising in the Netherlands fell again in December compared to a month earlier. But it is a very slight decrease. Many groceries actually went up in price faster than in November.

The pace at which prices of food, beverages and tobacco are rising was higher in December than in November. The average price increase of these products was 14 percent last month, compared to 12.9 percent in the previous month.

And the question is very much when those prices will stabilize, or perhaps start to fall. “We expect a further price increase,” says Norman Buysse, consultant at research bureau GfK. “Not all cost increases from manufacturers have already been passed on.”

Hugo Erken, economist at Rabobank, estimates that food producers still have to raise their prices by 10 to 20 percent to make up for all cost increases. But that does not mean that the consumer will be presented with the entire bill. “That is the negotiation game between manufacturers and supermarkets. Part of the costs will be passed on to the consumer, part will be borne by the manufacturer.”

How high prices will rise is difficult to predict. Nadia Menkeveld, food and agri specialist at ABN Amro, points out that many different factors play a role. “Part of the price increases are caused by the war in Ukraine. But last summer’s drought, for example, plays a major role in the enormous increase in dairy prices. As a result, the cows gave less milk and that leads to higher prices.” Those dairy prices are already falling again, but it is impossible to predict how things will go this summer.

The Central Bureau of Statistics (CBS) reports in a quick first estimate that inflation fell to 9.6 percent last month. In November, consumer goods and services were still 9.9 percent more expensive than twelve months previously. At the peak in September, inflation was still 14.5 percent.

Since the outbreak of war in Ukraine, life has rapidly become more expensive. But lately prices have been going up a bit less quickly. This is already the third month in a row that inflation has decreased. This has everything to do with the prices of gas, electricity and petrol. They rose very fast earlier last year, but have recently shown a decrease. However, energy is still considerably more expensive than a year ago.

Compared to other European countries, the fall in inflation in the Netherlands ultimately appears to be limited. In order to make a good comparison, Statistics Netherlands has also given inflation figures according to the European method, which does not take into account house rents, among other things. The inflation rate then amounts to 11 percent, 0.3 percentage point lower than a month earlier. Recently, figures have already been released from France, Germany and Spain, among others. The price level there rose less rapidly than in the Netherlands.

Statistics Netherlands warns that this rapid estimate is based on incomplete data. The statistics bureau will only release the regular inflation figures later this month.

Respond can be found at the bottom of this article. Only comments with a full name are placed. We do that because we want a debate with people who stand by what they say, and therefore put their name to it. If you still need to enter your name, you can do so by clicking ‘Login’ at the top right of our site.