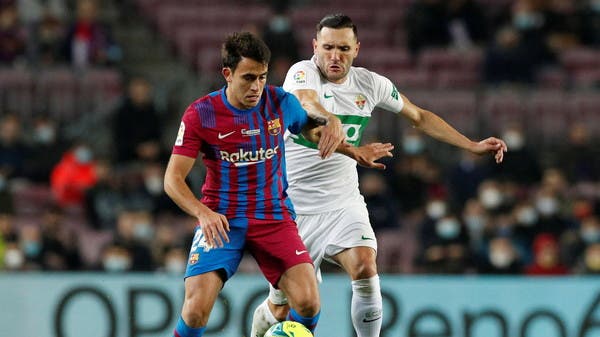 La Liga club Barcelona said on Sunday defender Eric Garcia will be sidelined for five weeks due to a hamstring injury during the team’s 1-1 league draw with Granada on Saturday.

Garcia, 21, was forced out of the match early in the second half and Clement Lenglet replaced him.

Garcia joined the Catalan club from Manchester City, the champions of England, at the end of last season.

“(Garcia) is expected to be out of action for up to five weeks,” Barcelona said in a statement. In other bad news for the club, Barcelona said on Thursday that defender Ronald Araujo needs hand surgery, while midfielder Frenkie de Jong injured his calf.

Barcelona is ranked sixth among the 20 La Liga teams with 32 points from 20 matches and will travel to Riyadh to play its Spanish Super Cup semi-final against Real Madrid next Wednesday.