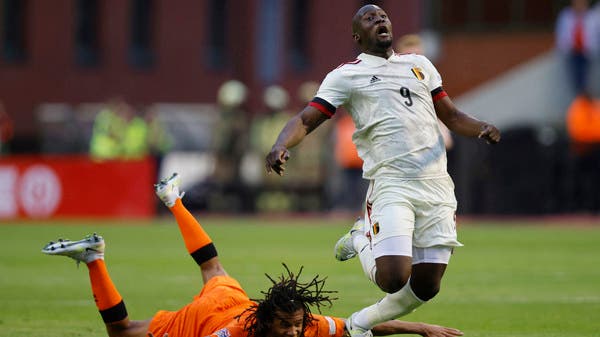 The Belgian national team announced on Monday that striker Romelu Lukaku will miss Wednesday’s match against Poland in the UEFA Nations League group stage, due to a right ankle injury he suffered during the heavy 4-1 loss against the Netherlands in Brussels last Friday.

Lukaku started Belgium’s opening match in the Nations League against the Netherlands and was injured during a challenge with defender Nathan Ake before leaving the field less than 30 minutes after the start.

The Belgian national team said on Twitter that the Chelsea striker, who was also injured in a challenge during training before the match against the Netherlands, has started treatment and will miss the match against Poland on Wednesday.

The Belgian national team has not announced whether the 29-year-old striker will be able to recover in time before meeting Wales next Saturday or facing Poland again next week.