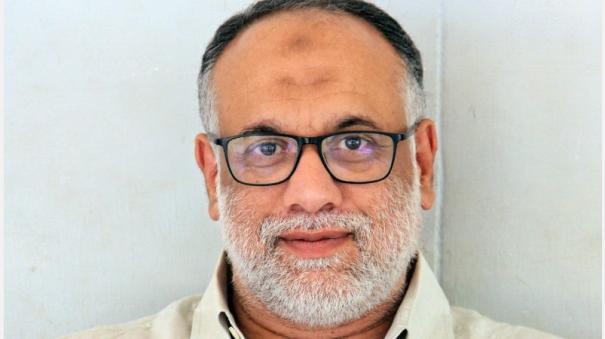 New Delhi: “The NIA is trying to appease its political masters by using investigative agencies in Andhra Pradesh and Telangana to arrest innocent people in false cases and create a narrative of terrorism, as it did in Bihar,” said Popular Front of India National Secretary VP Nasruddin Ilamaram.

In this regard, he issued a statement: “I strongly condemn the unjust arrest of a martial arts teacher in the states of Telangana and Andhra Pradesh and the crackdown on the houses of members and supporters of the movement in the name of raids.

The National Investigation Agency (NIA) claims to have raided the offices of the Popular Front on September 17, 2022 and seized some objectionable materials. The raids are part of an ongoing crackdown on members of the movement in the states. Last July, the Telangana police arrested martial arts teacher Abdul Kadar in the name of investigation and framed two innocent Muslims along with him in a false case.

After the case was handed over to the NIA at the instigation of the Union Home Ministry, it was converted into a terrorism case. Abdul Qader has been a professional martial arts trainer for decades. He was teaching martial arts to his students all over the state of Telangana. He is currently being targeted for the sole reason of being a Muslim. The transfer of the investigation to the NIA is nothing but a political game played by the Union Home Ministry to appease the majority vote bank in the upcoming assembly elections in Telangana. These cumulative events lead to implicit programs of communal mobilization.

The NIA is using this false case to target innocent members of the movement from Andhra Pradesh and Telangana. The NIA is trying to appease its political masters by using investigative agencies to arrest innocent people in false cases and create a narrative of terrorism in this case as it did in Bihar.

The press release issued by the NIA after the drama of the raid contained nothing but the usual allegations. The truth is that in Bihar or Telangana, there are no arrests or outright investigations for petty crimes. The sensational and baseless claims of the NIA are only aimed at creating an atmosphere of terror among the people. People are starting to realize this.

This experimental drama is a brutal abuse of power to suppress vocal movements for minority rights. The Popular Front is not a movement that is afraid of these scare tactics to bend policies or compromise. Our voice for justice will continue. This movement will bring out the truth before the people of the country,” he said.