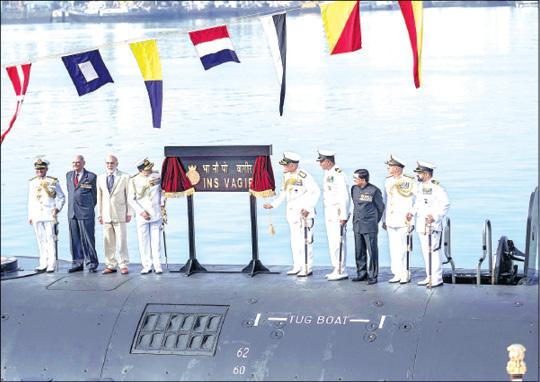 China is the leading country with the largest number of submarines in the world. The country has 74 submarines in its navy. The US has 69 submarines, Russia has 66, Japan and South Korea have 22 each.

India currently has 17 submarines. 2 of these submarines are nuclear attack capable. The Ministry of Defense is taking drastic measures to increase the number of submarines in the Indian Navy.

At Rs.50,000 crores..: The central government signed an agreement with France’s Naval Group to manufacture 6 submarines at a cost of Rs 50,000 crore. According to this, the submarines are being manufactured using French technology at Mazagan Shipyard in Mumbai.

In this order, INS Vaghir submarine was inducted into the Navy yesterday. Navy Commander Harikumar commissioned the submarine to the nation at a ceremony held at the Mumbai Naval Base. He said, “3 submarines have been inducted into the Navy in the last 2 years. Congratulations to all who worked for this. India’s shipbuilding capability has been heralded to the world,” he said.

Under Project 75, 6 submarines are being built with French technology under the name Calvary Class. It includes 5th Submarine Fleet. The submarine is 67.5 meters long, 6.2 meters wide and 12.3 meters high. It is diesel-electric powered.

In the future, we are planning to install India’s high speed missile BramMos and destructive missile Varunastra in the submarine. INS Vagiri cannot be easily detected even if it enters the enemy’s territorial waters.

6 more submarines of Kalvari submarine type are planned to be produced. The Indian Navy had 8 German-made Type 209 submarines. Out of which 2 submarines have been decommissioned from the Navy. Germany’s older submarines will be phased out after the Calvary-class submarines are fully inducted into the fleet. Navy sources said.

A Milestone: In a statement issued by the Naval Group of France, the INS Vaghir submarine has been developed under the Make in India project in a joint venture between India and France. The induction of this submarine into the Indian Navy is a milestone.

Various equipments manufactured by Indian micro, small and medium enterprises are installed in Vakir submersible. This submarine has 6 tubes that launch sophisticated missiles. 18 missiles are equipped. This is stated in the report.