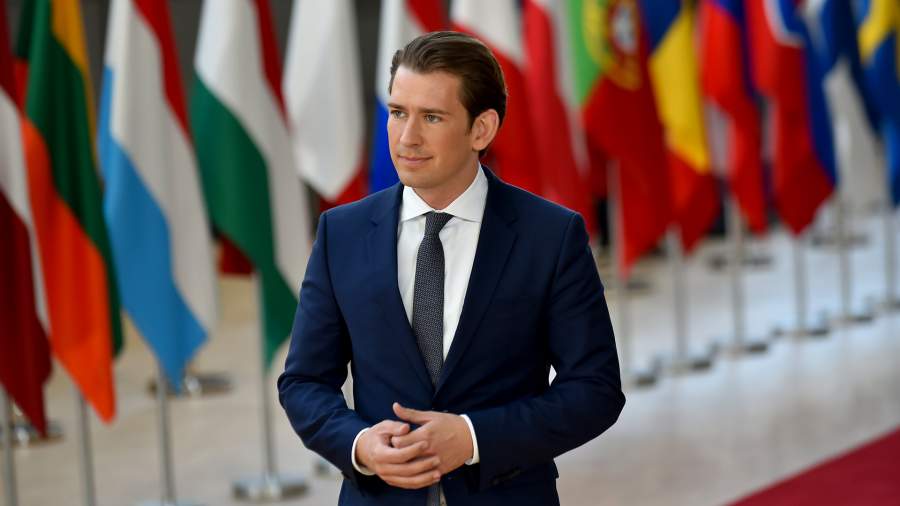 The former head of the Austrian government, Sebastian Kurz, despite the scandal, has a chance to return his post at the next parliamentary elections, according to experts interviewed by Izvestia. On November 18, the country’s parliament stripped the former chancellor and head of the Austrian People’s Party (ÖVP) of parliamentary immunity. This will allow further investigation into corruption allegations, due to which the politician lost his post in October. At the same time, Sebastian Kurz personally asked his associates to support the request of the prosecutor’s office in order to prove his innocence. According to political analysts interviewed by Izvestia, alternative political forces in Austria interested in weakening the ÖVP on the eve of the presidential elections in 2022 may be behind the accusations against Kurz. How the political landscape in the country will change – in the material of Izvestia.

Who will remember the old

On November 18, the Austrian National Council unanimously voted to remove parliamentary immunity from ex-chancellor and still leader of the Austrian People’s Party (ÖVP) Sebastian Kurz. This will allow further investigation into corruption allegations against the politician, due to which he will lose his post in October.

Meeting of the National Council of Parliament

Sebastian Kurz himself has repeatedly emphasized that he is interested in an early clarification of the situation. This time he asked his associates to support the decision to remove his parliamentary immunity in order to prove his innocence in the charges in the future. “I know for sure that I am innocent. And so I personally hope for an early investigation and a quick solution. [суда]… And the renunciation of immunity is the basis for this, so I am glad that this is happening nowadays, ”the politician said.

Sebastian Kurtz immediately rejected everything. “I am convinced that these accusations will turn out to be false,” the politician said, noting that the text messages that prosecutors use as evidence of his guilt have been taken out of context. Nevertheless, speaking already about his resignation on October 9, he noted: “My country is more important to me than myself. Now we need stable conditions, so I would like to make room to break the deadlock. “

Political analysts interviewed by Izvestia are confident that, despite the scandal, the ex-chancellor has every chance of regaining his post, especially since this is not the first time that a similar situation has happened to Sebastian Kurz. The head of the department of social and political research at the Institute of Europe of the Russian Academy of Sciences Vladimir Schweitzer reminded Izvestia that the forerunner of this situation was the so-called Ibiza Gate scandal, which led to the first resignation of Kurz.

As a reminder, the first coalition between Kurz’s party ÖVP and the Austrian Freedom Party (FPÖ) collapsed in May 2019 just after the scandal dubbed the Ibiza Gate in the press. Then the leader of the latter, Heinz-Christian Strache, was accused of receiving money from a woman posing as the niece of a Russian oligarch. In the video published, the girl announced the readiness of some Russians to finance the election campaign of Strache in exchange for the acquisition of the Kronen Zeitung newspaper and government contracts in the construction sector. In this regard, on May 27, 2019, the Kurz government received a parliamentary vote of no confidence. Brigitte Bierlein became the new chancellor. But already following the results of early parliamentary elections on September 29, 2019, Kurz’s party improved its results, gaining 37.5% of the vote. As a result, on January 7, 2020, Sebastian Kurz was re-appointed Federal Chancellor. But if the young politician managed to get out of the water dry, FPÖ had to go into deep opposition. 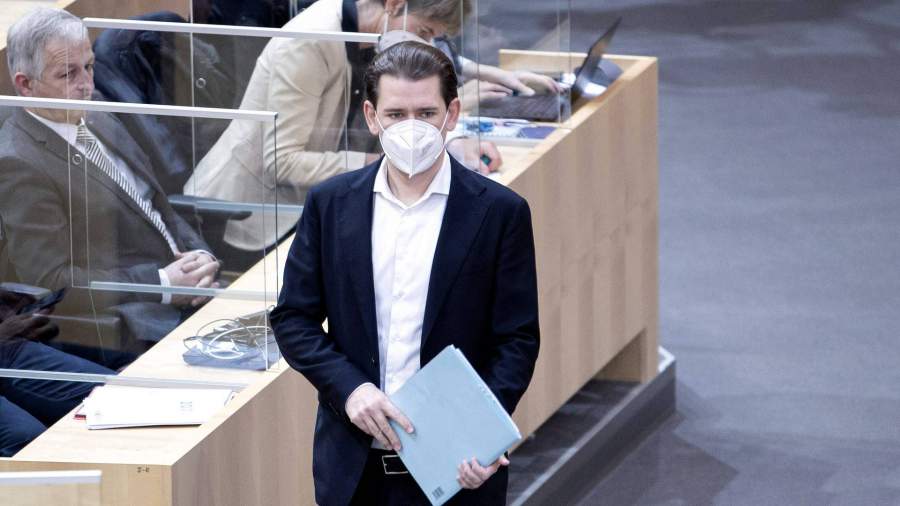 – At Ibiza Gate, everything was ambiguous. After this situation, the Austrian Freedom Party felt that a tunnel had been made under them. They were thrown overboard, finding themselves in opposition and without a leader in the person of Strache. There is a possibility that it was FPÖ who decided to raise the story of five years ago, allegedly with the participation of Sebastian Kurz, especially since FPÖ has connections in law enforcement agencies, – Vladimir Schweitzer told Izvestia.

According to him, this is due to the upcoming presidential elections in Austria, which are scheduled for 2022. According to the expert, FPÖ is planning to enter this race with his candidacy Norbert Hofer, who lost less than 1% to the current president Alexander van der Bellen in 2016 (50.3% versus 49.7%). According to the political scientist, in order to achieve the victory of its candidate, this time FPÖ needs to create a situation due to which the voter will doubt the candidates from both the ÖVP and the Greens, who now make up the ruling coalition.

The most of the most

Austrian political scientist Wolfgang Müller told Izvestia that as a result of the scandal, the ÖVP’s rating fell from 36 to 26% in opinion polls, while the popularity of the SPÖ (Social Democratic Party) and FPÖ rose slightly to 24 and 20%, respectively. As for the candidacy of Sebastian Kurz, the majority are still against his return to the office, the expert emphasized.

– Nevertheless, so far the grounds for such a conclusion are only vague suspicions of corruption, which are now being questioned. If the accusations are refuted, the prosecutor’s office will only discredit itself, and the mood of the voters can change dramatically, – says Wolfgang Müller.

Vadim Trukhachev, associate professor of the Department of Foreign Regional Studies and Foreign Policy at the Russian State Humanitarian University, Vadim Trukhachev, told Izvestia that the accusations against Kurtz have been drained from the finger, and therefore the politician has every chance to get an acquittal and triumphantly return to big politics.

– The fact that Kurtz went for this (removal of parliamentary immunity. – Izvestia) once again convinces that he is confident in himself. He remains the most popular politician in Austria. He needs to return not the trust of the people, but the trust of the left-liberal media initially opposed to him and those representatives of the political elite in Austria who are suitable for him as fathers, ”the expert told Izvestia.

Political scientist Vladimir Schweitzer expressed in an interview with Izvestia that the attack launched against Sebastian Kurz is an attempt to discredit the politician in preparation for early parliamentary elections, which may take place before the presidential elections. 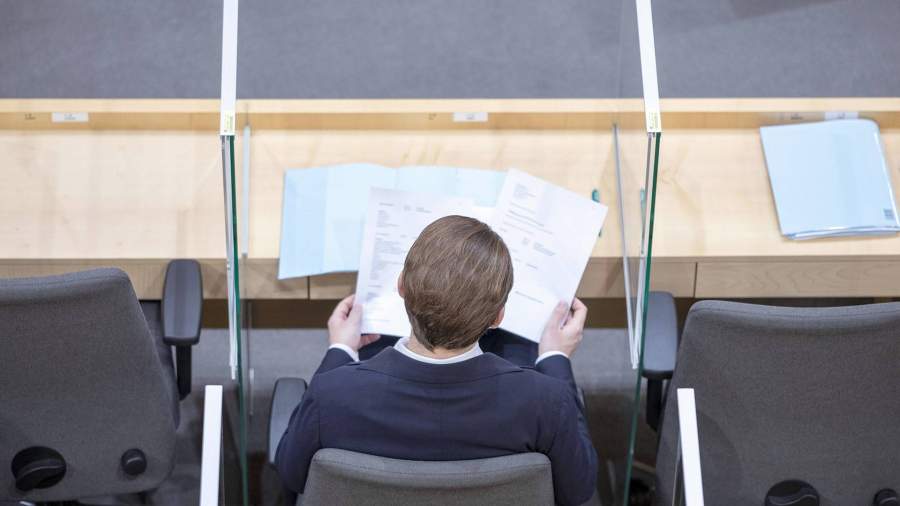 – There are suggestions that Kurz will get a plea innocent in court. After that, he will enter the political arena and be able to win early elections, the expert emphasized.

Vadim Trukhachev also noted that early parliamentary elections in Austria should not be ruled out: “So far, the coalition is working. Considering that the People’s Party and the Greens disagree on many points, it cannot be ruled out that such an alliance will not last for another five years and early elections will have to be announced. “

Nevertheless, a professor at the University of Innsbruck, political scientist Gerhard Mangott noted in an interview with Izvestia that although Kurz’s return after the parliamentary elections is not ruled out, due to his damaged reputation, the politician may be held responsible for the outbreak of the coronavirus in the country. Note that due to the increase in infections in recent weeks, Austria became the first EU state that had to introduce a lockdown for the unvaccinated. In addition, on November 22, a nationwide quarantine for 20 days is introduced in the country, and from February 2022, the authorities plan to make vaccination mandatory.

As Gerhard Mangott noted, if the Social Democrats, Greens and Liberals (New Austria and the Liberal Forum – NEOS) win a majority in the parliamentary elections, they have every chance to form a government. Then the ÖVP will be in opposition for the first time since 1990.