Insigne does not feel pressure in the MLS 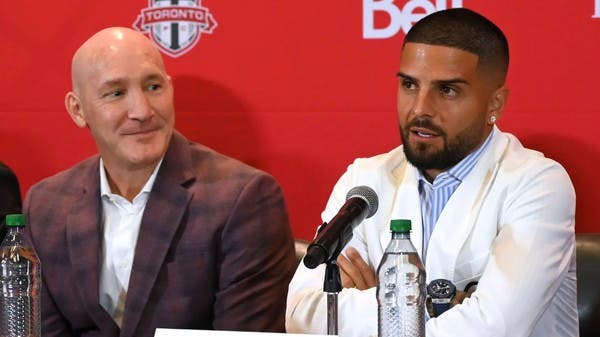 Lorenzo Insigne may have been seen as one of the newer faces of MLS, but the Italian denied feeling any pressure after being introduced by his new team, Toronto FC.

But Toronto’s ability to sign Insigne, 31, while he is still at his peak, has stopped talk of the MLS being just the last stop for some prominent players before retiring.

“The moment we signed Lorenzo, our value increased,” Toronto president Bill Manning said. We have great ambition, and we are really looking forward to Lorenzo being an important part of the team over the next four or five years.”

But signing players like Insigne does not come cheap, as Toronto outperformed several European clubs in order to obtain the services of the Napoli captain and lure him to North America in a four-season deal and a salary of up to 15 million dollars per season.

Insigne has become the highest-paid player in the MLS, and Toronto and its fans are expecting a return on that investment, as well as the competition as it looks to attract more players of this caliber.

And if Insigne was feeling any pressure, the Italian did not show it when he was first introduced to the Canadian media. I better let my actions speak for me on the pitch, I made the decision not for money but to find a new life for my family and children.

The Italian player’s first game for Toronto will be against San Jose Earthquakes on July 9.