Intense attacks in Donetsk… and Ukrainian fears of Russian plans for annexation! 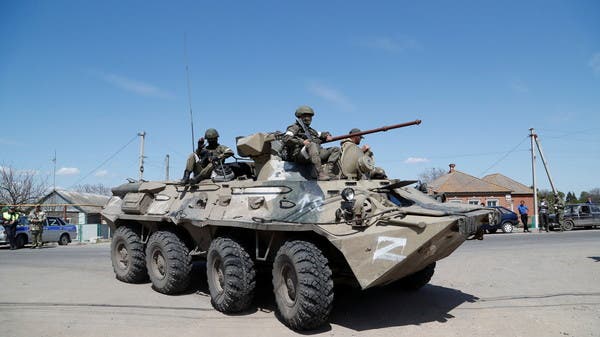 During the past hours, the Russian forces moved columns of tanks, troop carriers and artillery from the Dakchaevskaya neighborhoods in Donetsk (east) towards the city of Avdiivka, the stronghold of the Ukrainian army, according to what Al-Arabiya/Al-Hadath correspondent reported yesterday.

He explained that elements of the Russian army and separatist forces are trying to storm Avdiivka, which is adjacent to Donetsk.

Meanwhile, Pavlo Kirilenko, governor of the Donetsk region, announced that the Russian attacks on Tuesday killed 21 civilians and wounded 27.

On the other hand, Ukrainian forces stationed in Avdiivka bombard Donetsk on a daily and continuous basis.

Hastily polls and plans for annexation!

Simultaneously, the Russian forces, which have so far achieved marginal gains in eastern Ukraine, are trying to focus on consolidating both their military and political control in the areas they have captured.

Three well-informed people confirmed that Russia is trying to install what looks like “occupation governments, while its forces order the local population to use the ruble in their transactions,” according to what was reported by Bloomberg.

They also made it clear that Moscow plans to hold organized referendums in a hurry in some areas to open the way for their complete annexation later.

It is noteworthy that in late March, Russia launched the second phase of its military operation in eastern Ukraine, focusing on the Donetsk and Lugansk regions, after its withdrawal from the vicinity of the capital, Kyiv, describing it as important and decisive.

These areas are of strategic importance to the Russians, especially since controlling them – knowing that Russian-backed separatists already control parts of them – will enable Russian forces to obtain a land bridge linking eastern Ukraine with the Crimea, which it annexed in 2014.