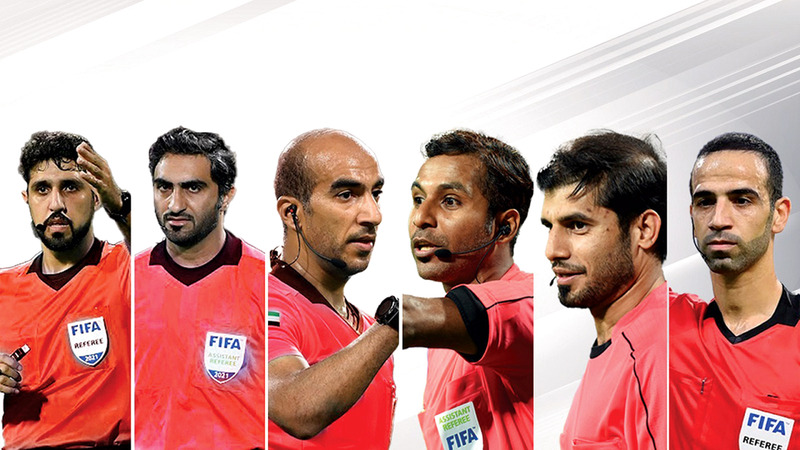 A group of Emirati stadium judges will participate in a number of continental and international football tournaments and competitions, during the period from September to October 2022.

Referee Fahd Badr appears in the AFC Futsal Championship held in Kuwait, while referees Sultan Muhammad Saleh and Jamal Al-Mukhaini are participating in the preliminary qualifiers for the AFC U-17 Cup, in addition to two resident referees, Khaled Al-Doukhi and Ahmed Yaqoub, along with assistant Zayed Daoud. Meanwhile, Omar Al Ali appears among the VAR referees in the Women’s Under-17 World Cup.