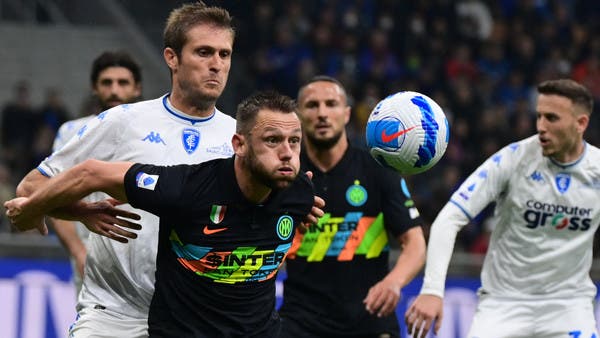 Inter Milan temporarily took the lead in the Italian football league, after beating Empoli 4-2 during the match that brought them together in the thirty-sixth round of the competition, on Friday.

Empoli advanced with two clean goals, scored by Andrea Pinamonti and Christian Aslani in the fifth and 28th minutes, before Inter Milan scored three goals through Empoli’s Simone Romanoli, an own goal in the 40th minute, Lautaro Martinez (two goals) in the last minute of the first and 64th half and Alexis Sanchez. In the fourth minute of overtime.

Inter Milan raised its score to 78 points at the top of the standings, one point ahead of Milan, which faces Hellas Verona on Sunday, and Empoli’s balance stopped at 37 points in the fourteenth place.