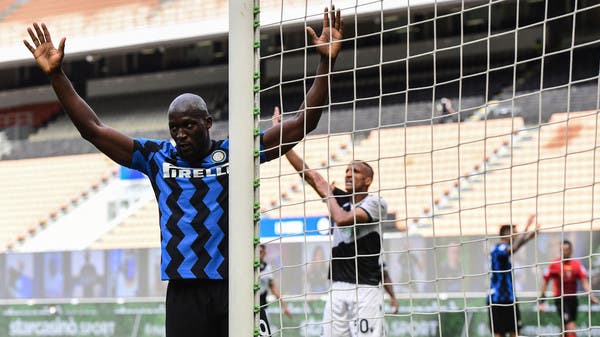 Inter Milan announced on Wednesday the return of Romelu Lukaku on loan from Chelsea, less than a year after his record-breaking move to the English club.

Lukaku joined Chelsea for the second time last August for 97.5 million pounds ($118.3 million), but failed to secure his place in coach Thomas Tuchel’s squad, to return to Inter in order to revive his career again.

“I’m at Inter Milan headquarters, and look who’s with me here,” Inter president Stephen Chang said on Twitter, pointing the camera at Lukaku. Lukaku added: I’m back. IM so happy.

The Belgian striker has changed his lifestyle since joining Inter from Manchester United in August 2019, including changing his diet, losing significant weight, and regaining his level, scoring 64 goals in 95 games in all competitions over two years.

The 29-year-old striker scored 24 league goals to lead Inter to the title in the 2020-2021 season, which was the team’s first in the competition in 11 years.