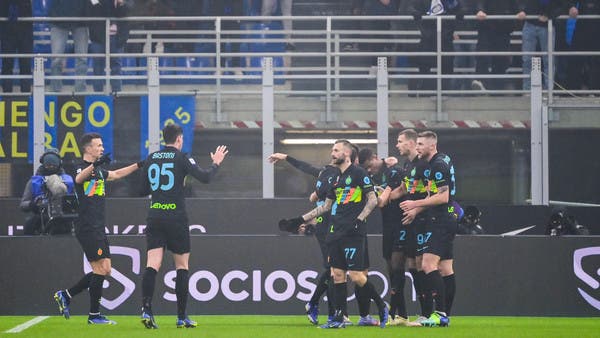 Inter Milan consolidated its lead in the Italian Football League, after its victory over its guest, Torino, 1-0, on Wednesday, in the competitions of the 19th stage of the competition.

Inter Milan raised its score to 46 points at the top of the standings, seven points behind its closest rivals, the second-placed Napoli team, who will face Spezia later on Wednesday.

On the other hand, Turin’s balance stuck at 25 points in eleventh place.

Dutchman Denzel Dumfries scored the only goal of the match for Inter in the 30th minute.

In another match in the same stage, Roma fell to a 1-1 draw with its guest Sampdoria.

Eldor Shumorodov scored the first goal for Roma in the 72nd minute, but Manolo Gabbiadini equalized for Sampdoria in the 80th minute.

Within the competitions of the same stage, Fiorentina scored a difficult 1-1 draw with its host, Hellas Verona.

Verona advanced through Kevin Lasagna in the 17th minute, before Gaetano Castrovilli equalized for Fiorentina in the 81st minute.