Interfaith Forum: Peace and solidarity must be promoted around the world 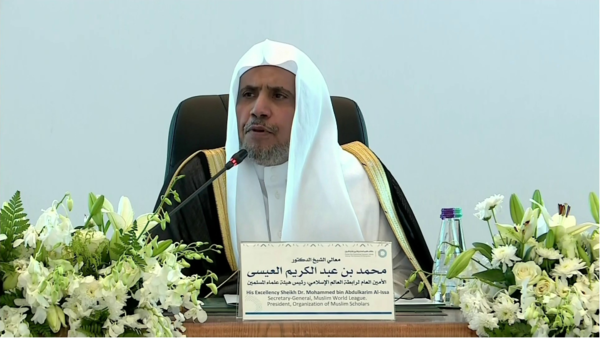 Participants in the Interfaith Forum in the Saudi capital called for the need to promote peace and solidarity around the world.

The forum, which started today, Wednesday, with the participation of religious leaders from around the world, is organized by the Muslim World League.

In his speech at the conference, Muhammad bin Abdul Karim Al-Issa, Secretary-General of the Muslim World League, said that all followers of religions have the right to exist with dignity and respect.

The Secretary-General of the Muslim World League added: “We reject any wrong or deliberate interpretation that undermines coexistence between followers of religions.”

He said: “This forum aims to enhance understanding and harmony among followers of religions… Our spiritual moderation brings together and does not differentiate,” calling for the need to avoid volatility in positions for the sake of interim goals.

While Patriarch Bartholomew I, the Ecumenical Patriarch of Constantinople and New Rome, said, “Religion is not only related to human fears, but to the identity of peoples and civilizations,” adding that religion preserves human values ​​and we must cooperate and apply what we know about peace.

The conference aims to develop a common civilized vision to consolidate the values ​​of moderation in human societies, and to transform fabricated differences between religions and civilizations into solidarity, cooperation and understanding.

The conference activities include speeches by a number of participating religious and intellectual leaders, as well as a visual presentation on the role of religious leaders in promoting the values ​​of peace and harmony, as well as dialogue sessions to share views from religious traditions on the topic of the forum.