Interior Minister: We are in a pivotal stage… and boycotting the elections is against Lebanon’s interest 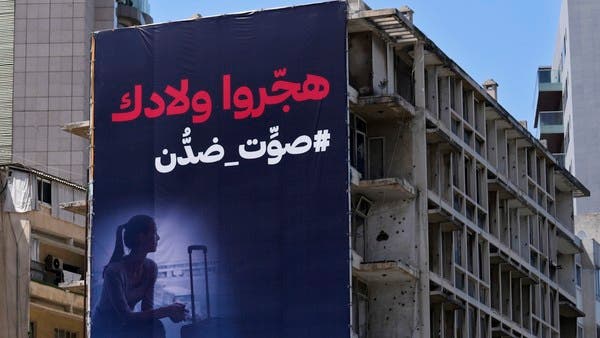 Four days away from opening the polls to the Lebanese next Sunday, Interior Minister Judge Bassam al-Mawlawi announced to “Al-Arabiya.net” that “the preparations for the elections next Sunday have been completed, and they have already started since the formation of the government, and we have finished the logistical arrangements for securing fuel.” Electricity to polling stations throughout the election day.

He also explained, “The budget for this day was secured, and it does not exceed a quarter of the budget allocated for the previous elections in 2018, and more than a third of this budget was paid as grants to the security and military forces.”

The Minister of Interior revealed that “about 45,000 soldiers from the Lebanese army will secure the election day, in addition to about 20,000 members of the Internal Security Forces, about 4,000 from General Security and 3,000 from State Security.”

The Minister of Interior announced, “The number of security forces in areas that may witness “tensions” or quarrels on election day will be greater than in other areas in order to control the situation, and logistical elements such as cameras and delegates will be available to keep pace with the progress of the electoral process from the moment the ballot boxes are opened to the counting of votes.” There will be meticulous security escort to transport the ballot boxes from the polling stations to the registration committees.

We will not allow fraud

He stressed, “We will not allow any fraud in the election results, and we have taken all necessary and necessary measures so that the vote of every voter reaches his place, and the results will be announced honestly and transparently.”

The elections were launched from the expatriate polling station, which took place last Friday and Sunday, as the turnout in Arab and Western countries reached more than 60 percent, according to the Ministry of Foreign Affairs.

The ballot boxes were transferred from foreign countries to the Banque du Liban via an international shipping company, and they will remain in the Central Bank sealed with red wax until they are sorted next Sunday.

Voices of expatriates protected by the security forces

In this context, the Minister of the Interior clarified that “the ballot boxes for the votes of expatriates, which are now in the Banque du Liban, as stipulated by law, are under the protection of members of the Internal Security Forces and under the supervision of the Ministry of the Interior, and will not be opened until the day of the election after being handed over to the registration committees for sorting on Sunday evening.” .

The parliamentary elections are taking place at a time when the head of the “Future Movement” Saad Hariri made a decision to boycott them by nomination and election, a decision considered by observers to be indirectly in the interest of Hezbollah, which nominated Sunni representatives to its lists in areas where the “Future Movement” has a large popular base.

Heavy participation in the elections

In this context, the Minister of Interior called for “a massive participation in the elections, despite the fact that there are political parties trying through the decision of the “boycott” to achieve gains at the expense of the country.”

He said, “No political party may act out of its personal interest at the expense of the public interest. Lebanon needs elections and we are at a critical stage that requires massive participation on polling day. Therefore, the boycott decision does not serve Lebanon’s interest, but rather contributes to worsening the situation.” He stressed, “We are building the Lebanon of tomorrow and laying the groundwork for its exit from the crises it is floundering in, because it no longer accepts half-solutions.”

Mawlawi pointed out that “every Lebanese boycotting the elections serves the interests of those who do not think of Lebanon as he sees it and wants it. Participation in the elections is a national and Arab responsibility for every Lebanese in order to move Lebanon from one stage to another.”

He pointed out, “Lebanon, May 16 will be a reflection of May 15, as the choice of the Lebanese will be on Sunday, the image of Lebanon will be after it, and what happened in the expatriate elections is an encouraging and good indication of the shape of this image.”

The Minister of Interior concluded, “May 16 will be a new page in the history of Lebanon, which we hope will be full of positives.”

The Minister of Interior had taken a series of proactive security measures, including stopping sports activities and closing nightclubs.

In the context, Mawlawi pointed out that “these proactive measures aim to secure the election day and prevent anything that might be used to blow up the elections.”