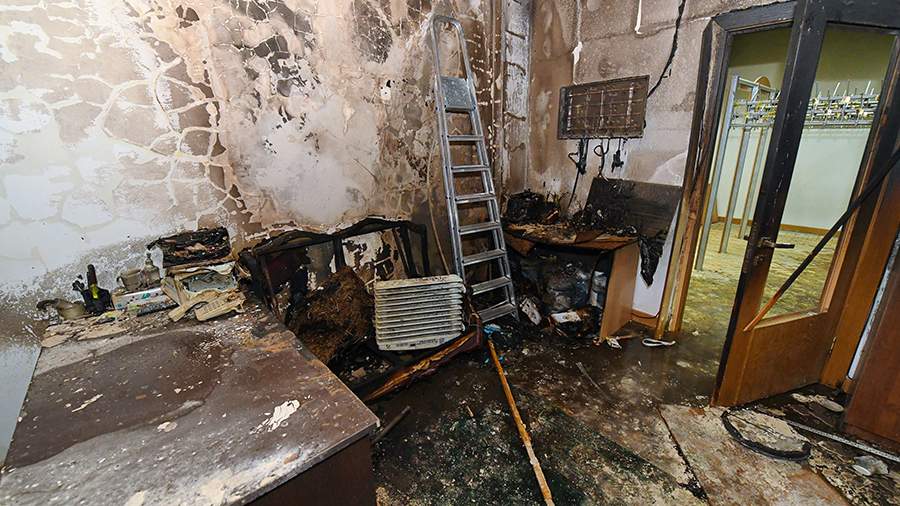 During the riots in Kazakhstan on January 4, city halls were seized in six regions of the republic, and attacks were carried out on them in five more regions. This was announced on Sunday, January 9, by the head of the Ministry of Internal Affairs of Kazakhstan, Yerlan Turgumbayev.

“In most regions of the country, groups of citizens from 500 to 400 thousand people gathered at the same time and, despite the explanatory work of the authorities, began an armed seizure of akimats (city hall),” the press service of the Ministry of Internal Affairs quotes him as saying.

It is noted that the armed people seized the buildings of the akimats of Atyrau, Kyzylorda, Almaty, Aktobe, Zhambyl regions, as well as the city of Semey.

Five more city halls were attacked that day, added the head of the republic’s Interior Ministry.

According to the minister, the buildings of akimats were destroyed and set on fire, and property was stolen from them. Innocent citizens who accidentally found themselves in the center of events and official cars suffered from vandals.

Police officers were forced to use special means and non-lethal weapons, the minister said.

Turgumbayev also commented on the seizure of the akimat on January 5 in Almaty. According to him, the attackers had a numerical advantage over law enforcement officers and were better armed.

According to him, an organized crowd of about 20 thousand people broke through several lines of defense and entered the building. As the head of the Ministry of Internal Affairs noted, “police officers and cadets of the military school were beaten and subjected to bullying, their special equipment and uniforms were taken away.”

He also said that numerous groups of protesters in different parts of the city seized seven gun shops, where they took possession of weapons and ammunition. They also took control of public transport, communal equipment, on which they rammed police squads, threw homemade incendiary mixtures at employees, and fired firearms.

In addition, Turgumbayev noted, the invaders did not allow ambulances to reach the conflict sites to help the victims.

On January 7, the Khabar 24 TV channel reported that in Kazakhstan all the buildings of akimats and police departments were taken under the control of law enforcement agencies. In addition, according to the information of the Ministry of Internal Affairs of the republic, in Alma-Ata, the “cleansing” of bandit formations continues.

They also temporarily took control and destroyed the Alta-Ata international airport. Later it became known that the demonstrators had left the air port, where the security forces were conducting a special operation. In addition, the Almaty residence of the President of Kazakhstan was seized and the building of the prosecutor’s office and the office of the ruling party were set on fire.

Later it became known that the security forces had freed all state institutions in Alma-Ata.

Protests in Kazakhstan began on January 2. Participants of the rallies opposed the rise in prices for liquefied gas. The actions soon escalated into riots. Later it became known about 16 security officials who died during the protests in the republic. Two of them were beheaded. The Ministry of Health of Kazakhstan said that the participants in the riots also attacked doctors: more than 10 doctors were injured.

The President of Kazakhstan, Kassym-Zhomart Tokayev, noted that the seized government offices were terrorist groups. According to him, the bandits who caused the riots have undergone serious training abroad.

The commandant’s office in Alma-Ata also stated that the violent actions of the attackers testified to the terrorist and extremist nature of the bandit formations. The presidential administration of the country noted that among the militants operating in Alma-Ata there were snipers with special rifles.