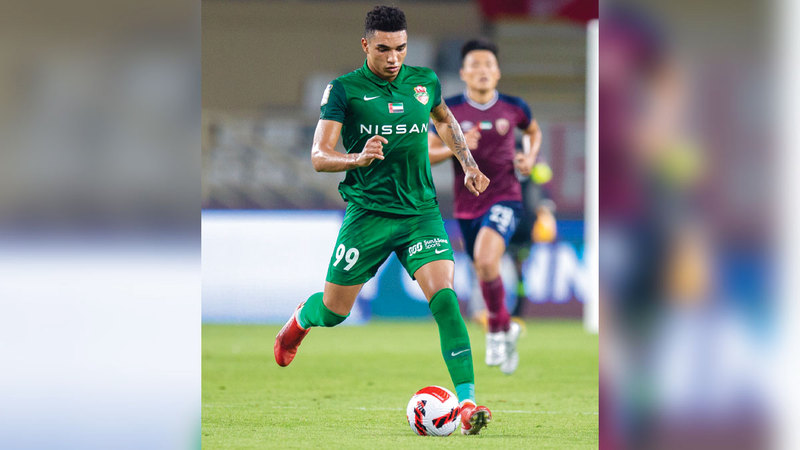 Brazilian media reported that Internacional Porto Alegre expressed its interest in contracting Al-Ahly youth striker, Igor Jesus, during the current transfer period, noting that the large financial return that Al-Ahly youth is expected to demand, may be the only obstacle to completing the deal.

The newspaper “UOL” indicated that the management of Internacional is seeking to sign a striker during the current transfer period, indicating that the most prominent names that have expressed interest in contracting with her are the former Curitiba player, Igor Jesus.

And she added, “Jesus shined with the Al-Ahly youth greatly, and is linked to a contract with the Emirati club, which will not waste his services without obtaining a large financial compensation, so the option to borrow the player for a season may be the most appropriate option for the Internacional management.”

It is noteworthy that Al-Ahly youth contracted with Jesus during the summer transfer period for the 2020-2021 season for two million euros, and the Brazilian player starred with the “Dubai Knights” by scoring 12 goals in the league, which contributed to an increase in his market value to 4.5 million euros, according to the “Transfer Market” website. The player transfer market specialist, while with the increasing interest on the part of a number of European clubs in contracting with Jesus, may contribute to Al-Ahly youth getting a record fee in less than two years from contracting with the Brazilian player.

In the current season, Jesus scored two goals before his season ended early in October 2021, after a knee injury, during his participation in the team’s training, and medical examinations revealed that the player had a cruciate ligament injury, and he underwent knee surgery, after which he underwent a treatment and rehabilitation program, It extended for more than 6 months, to stay away from the team until the end of last season, which contributed to the decline in its market value to 1.5 million euros, according to the update made by the “Transfermarkt” website on May 18.

• Shabab Al-Ahly signed with Jesus in the summer transfers for the 2020-2021 season, for two million euros.

• Jesus scored two goals this season before his season ended early in October 2021.