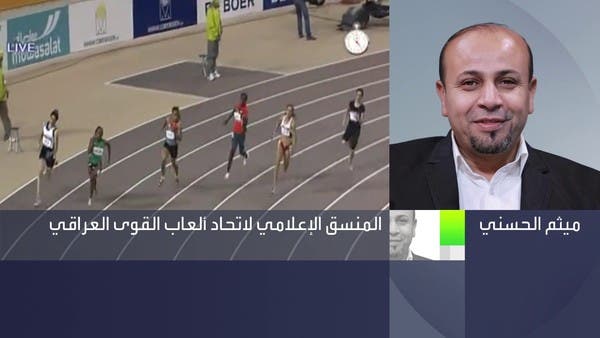 
Maytham Al-Hasani, the media coordinator of the Iraqi Athletics Federation, confirmed that there is no evidence that the athlete Dana took a stimulant substance, and that the banned substance was part of a treatment program for the athlete.

Al-Hassani said in an interview with Al-Arabiya: The message we received is a temporary suspension of Dana Hussein until the completion of the examination of the substance that appeared in the sample.

Al-Hassani added: There was no doping substance in the athlete’s sample, but rather a treatment program after a cosmetic operation that Dana Hussein performed on the nose, and it is sad that she was denied participation in a tournament like this.

The Iraqi Federation had issued a statement regarding the suspension of the player, and explained: The Iraqi Athletics Federation monitored the decision of the International Federation to temporarily suspend the player Dana Hussein in light of the result of the sample taken from the runner in Tunisia for her participation in the Arab Championship, which proved the presence of a prohibited substance in the sample.

The statement added: The federation deals with the player with the size of her great achievements that she has achieved since 2010 until now, and her obtaining the gold of the Arab session in Qatar and a large number of decorations, with her being subjected in those tournaments to permanent examinations, and these materials were not doping because if they were, the International Federation would not hesitate to deny The player must have had a minimum of 4 years without a temporary suspension.

The statement added: Runner Dana Hussein underwent plastic surgery on her nose and suspicious materials as a result of that operation, and therefore the sports community should respect her history above all.

Saudi Arabia loses to Brazil and is deposited without points

The expert called the negative consequences of saving on household appliances

Nicole Zignago introduces her girlfriend: “How important is love in all its forms”