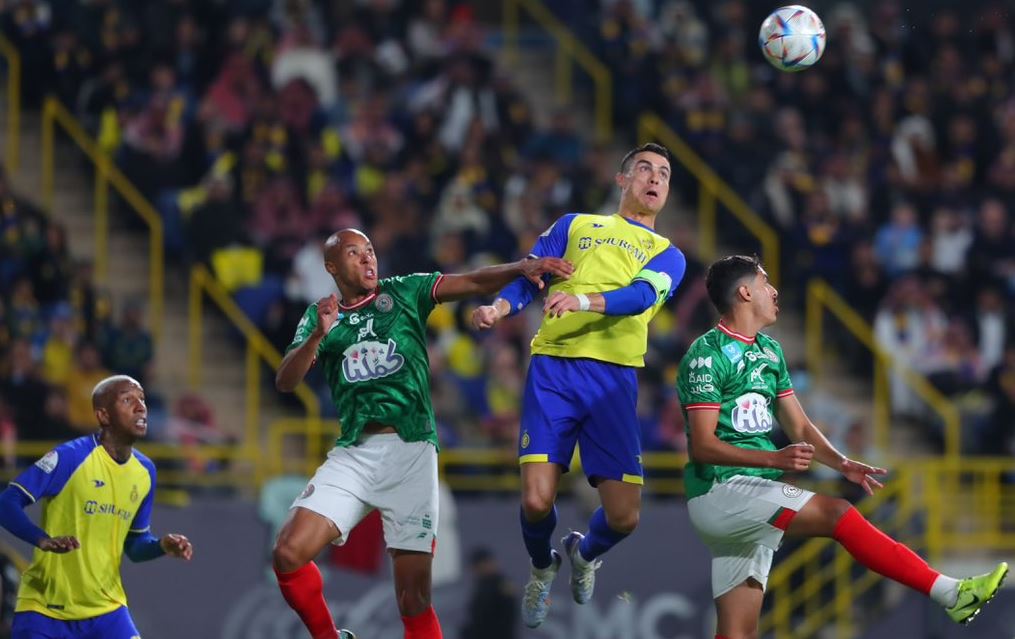 The record deal concluded by the Saudi Al-Nasr Club with the international star, Portuguese Cristiano Ronaldo, at the end of last year, shook the world of player transfers, especially in light of talk about a value exceeding 400 million euros for two seasons, along with incentives and rewards that may raise it to a greater level. Over the past weeks, many international names have been linked to Saudi clubs, whether it is the Al-Nasr club itself, or other big clubs in Saudi Arabia such as Al-Hilal and Al-Ittihad.

And the last of these international stars, the world champion with Argentina, Angel Di Maria, who reportedly agreed in principle with the Saudi Federation, which was not mentioned in any official reports, whether from Saudi Arabia or from his Italian club Juventus, and the same applies to the Real Madrid playmaker, Croatian Luka Muric, who was said to be considering an offer and arrived from Al-Nasr Club, did not decide his matter regarding it, and this news was reported by pages on “social networking” affiliated with Real Madrid fans, as was the matter a while ago with Uruguayan Luis Suarez and Al-Nasr Club, but the former star For Barcelona officially moved to the Brazilian team Gremio.

This is knowing that Al-Hilal and Al-Ittihad clubs are sanctioned by the “International Federation”, and they cannot conclude transfer deals for players until next summer.

The most circulated news was related to the world star Lionel Messi, who was said to be the traditional rival of Al-Nasr, Al-Hilal, who made him an offer that exceeded what was offered to Ronaldo, and amounted to about 350 million dollars for one season, as previously reported by the Spanish newspaper “Marca”, however, The latest reports from the French newspaper “L’Equipe” and other European media said that the player may be on his way to the United States, especially since he has not yet agreed to renew his contract with Saint-Germain, which expires next summer, and he also assured those close to him that he is not considering playing. in the Saudi League.

Among the names that have been linked to the move to play in the Saudi League as well, Saint-Germain goalkeeper, Costa Rican Keylor Navas, and Brazilian Marcelo, the former star of Real and Brazil, and others. The only prominent deal still belongs to Ronaldo only so far, and it is the most prominent of all in the “winter mercato” in the world, given the value of the player and the financial consideration for the deal, even though he is in his 38th year.