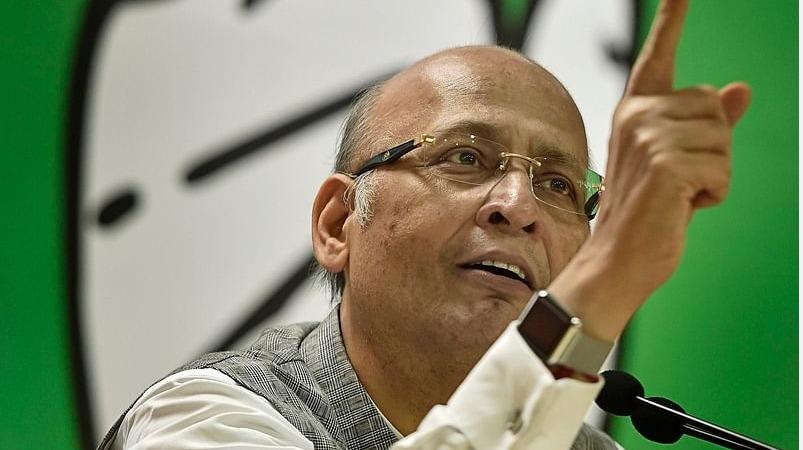 Senior Congress leader Ghulam Nabi Azad has said that it would be better if the Congress party wins the 5 state assembly elections with the help of dissident leaders. Abhishek Manu Singhvi Has retaliated.

Many of the 23 senior leaders who wrote a letter to Sonia Gandhi demanding a new leadership for the Congress party gathered in Jammu today. Many dissident leaders have taken part in the Shanti Sammelan on behalf of the Ghulam Nabi Azad Foundation, a senior Congress leader.

Speaking on the occasion, Ghulam Nabi Azad said, “The Congress party treats all castes, religions and people equally and gives them respect.”

Senior leader Kapil Sibal said, “The Congress party is really weak. That is why we are here and we can strengthen the party.”

Anand Sharma said, “We speak for the good of the party. The Congress must be strengthened everywhere. New generations must come into the party. The party must not be weakened anymore.”

All these 3 leaders spoke harshly of the Congress party and indirectly responded to Rahul Gandhi’s North-South speech.

The speech of these 3 disgruntled leaders was also echoed by the Congress MP. Presented by Abhishek Singh today. He said in an interview:

The leader who claimed to have been used by the Congress party was the one who made the Congress MP 7 times. The senior leader was made the first by Sonia Gandhi. Indira Gandhi gave him a place in her cabinet. Was promoted to general secretary of the party. He was given the position of overseeing 20 states across the country. “

Russia defeats Finland and revives its hopes of qualifying

The Taliban are advancing and controlling a strategic region near Kandahar