Introducing the new method of getting a train ticket 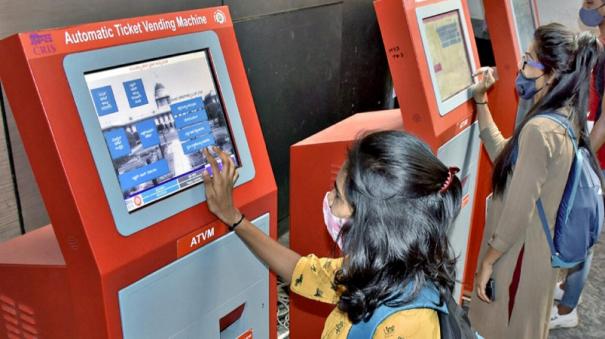 Chennai: Automatic Ticket Vending Machines (ATVMs) have been installed at several railway stations of the Southern Railway to obtain tickets, platform tickets and season tickets. Southern Railway has introduced the facility of paying tickets through automated machines based on the QR code to encourage cashless transactions and digital transactions.