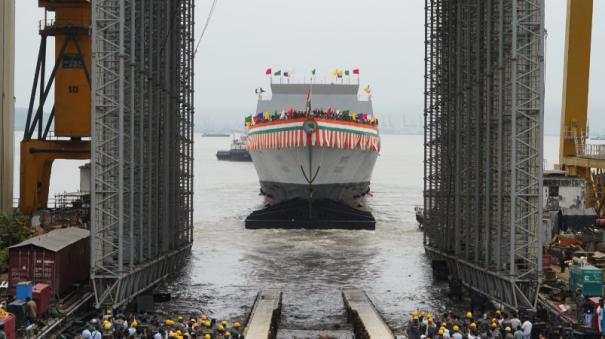 In a press release issued by the central government in this regard, “Charu Singh, President of Naval Women’s Welfare Association (Western Region) today launched the P17A stealth warship manufactured by MDL. Chief of Naval Staff Ajendra Bahadur Singh was the special guest on this occasion. .

Along with this Taragiri warship, two more ships manufactured by MDL will be inducted into the Indian Navy. MTL and seven P17A-class fighters being built by GRSE are in various stages of production.

Indigenous construction of complex flagship vessels such as stealth warships has taken the country to the fore in shipbuilding. Also, it will have additional benefits such as economic development, employment generation for Indian shipyards, its sub-contractors and related industries. The fact that 75% of the orders for the 17A warships have been awarded to indigenous companies including MSMEs further strengthens the Self-Reliance India programme,” it said.