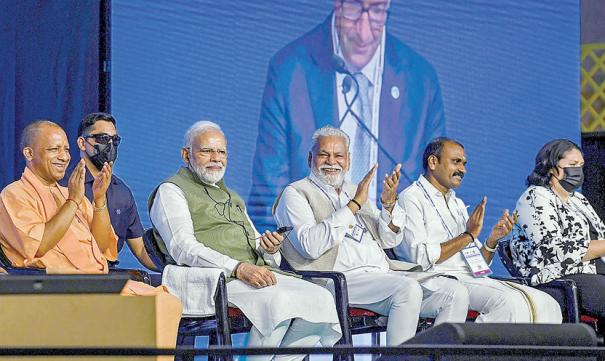 More than 5,000 animals have died in just one month due to lumpy skin disease affecting cattle. The central government along with various state governments have taken drastic measures to prevent the loss of livestock.

Our scientists have also worked tirelessly to develop a topical vaccine for animal skin disease.

By 2025: India continues to push for the introduction of internationally coordinated vaccination programs for livestock diseases. We will solve this problem by 2025.

Cattle should be vaccinated 100 percent to provide protection against brucellosis, foot and mouth diseases caused by bacterial infection. The goal is to rid livestock of these diseases within this decade.

Cow Aadhaar Scheme: India’s major contribution to global milk production is mainly due to its high footfall. Basu Aadhaar scheme is being developed to create an organized collection of information about it. The objective of this project is to collect biometric identification of animals with the help of modern technology.

India’s dairy industry is encouraging digital payments that have become beneficial for farmers across the globe.

Ever since the BJP came to power at the Centre, India has been working relentlessly to improve the capacity of the dairy sector.

Due to these intensive efforts of the central government, the share of Indian dairy sector in the world milk production has increased to 23 percent. Also, more than 8 crore dairy farmers have benefited.

70 percent are women: Another great feature of the dairy sector in India is that 70 percent of the people involved in this industry are women. They are the real masters of the Indian dairy industry. 70 percent of the huge money from the customers directly reaches the pockets of the farmers as the dominance of middlemen has been eliminated in the dairy industry. Farmers do not get this level of income in any other country.

Diversity Needed: India’s dairy co-operatives have the longest branches. This is why 2 crore farmers from more than two lakh villages collect milk twice a day and distribute it to customers across the country.

Monopoly in agriculture and animal husbandry is not the solution. Diversity is essential. That is why India today is focusing more on hybrid breed and indigenous products. Prime Minister Narendra Modi spoke thus.