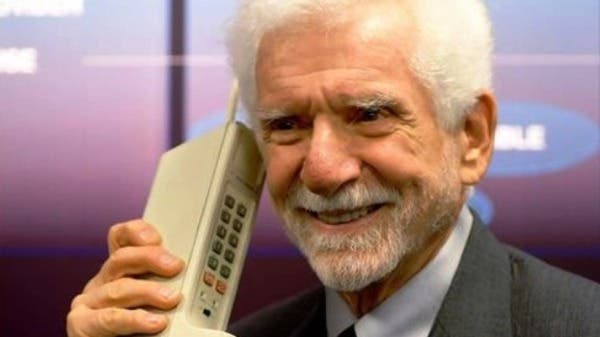 The inventor of the world’s first mobile phone has expressed his astonishment at the amount of time users currently waste on their phones, and asked them not to overuse their mobile phones, advising that they enjoy and make better use of their time and life, instead of wasting time on phones, according to what was published by the newspaper. New York Post”.

Martin Cooper, 92, made the comment during an interview with BBC Breakfast Thursday, in response to a participant in the episode, who said she spends more than five hours a day on her phone. Cooper burst into laughter after responding to the post, saying, “Are you really? Do you really spend five hours a day? Use your life!”

In 1973, Cooper invented the world’s first mobile phone, the Motorola DynaTAC 8000X. He had been working for Motorola for more than twenty years, and was frustrated by the growing popularity of car phones, which required some to spend a lot of time in the car to use the phone. . Cooper added in an interview broadcast by CBS, that he then came up with the idea of ​​making a mobile phone that can be used inside or outside the car and anywhere while they are outside and performing errands.

Interestingly, Cooper mentioned that before he focused on the mechanics of a mobile phone, he imagined what the device would look like, saying he wanted it to be “small enough to fit in a pocket, but at the same time its size allows it to fit in the ear and pick up sound from the mouth”.

A special number for each person

Cooper boasts that his biggest achievement is that everyone has their own phone number, since until then phone numbers were associated with places like a home, a car or an office.

Motorola later poured millions into Cooper’s project and it took Cooper and his team only three months to build the phone, since they used technology similar to how police communications devices had been made previously.

Once complete, the device was named Motorola DynaTAC 8000X and weighed 910 grams and measured 25 centimeters in length, while the battery only lasted 25 minutes and took 10 hours to recharge.

On April 3, 1973, Cooper made his first-ever phone call using a mobile device, deciding to call his rival, Joel Engel, who was working as a principal engineer at AT&T. The call was then made from Cooper’s mobile phone while he was outdoors in front of a crowd of reporters in midtown Manhattan, while Engel received the call on a land line. “Joel, this is Marty. I’m calling you from a cell phone, a real handheld cell phone,” said his opponent, Cooper, as journalists watched in amazement.

Although the first mobile phone was manufactured in a period of no more than 90 days, it did not reach the market until ten years later, as it was launched to the public in 1983 at a price of $ 3,995.

A 2021 Statista survey of 2,028 Americans found that 46% of participants spent five to six hours a day on their phones, while 11% spent seven or more hours on their mobile devices.