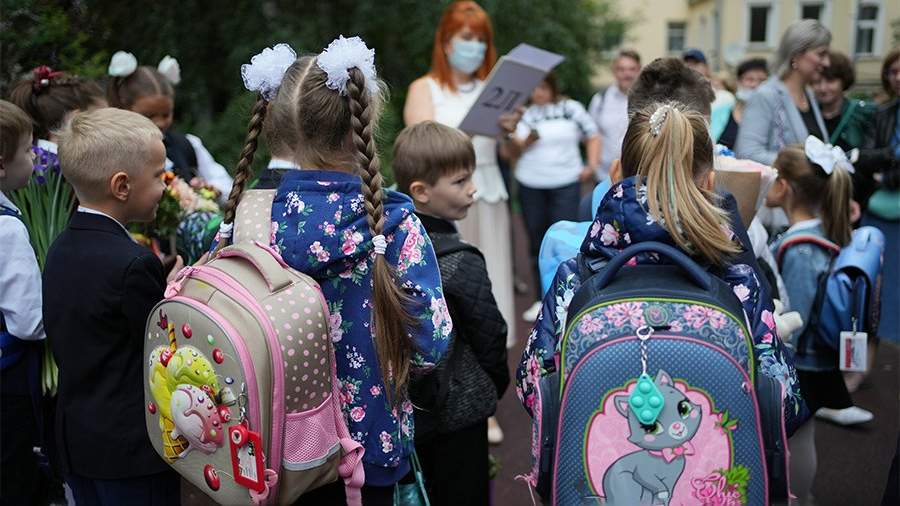 Investor Tatyana Volkova talked about ways that help save almost 50% of the cost of getting a child to school.

In an interview with the News.ru portal, the specialist advised choosing online shopping. In her opinion, it will help save money. She also urged to compare offers by price and use cashbacks.

Volkova pointed out that it is possible to find cheap analogues of expensive brands on the Web. She also noted that it is best to start packing for school in advance, for example, in late spring or early summer, when demand for school supplies is minimal, as are prices. Or, according to the investor, you can wait until the beginning of September, when the sales season begins, the website kp.ru writes.

“Buying in online stores you save from 10% to 30% of the cost of everything. And on some resources you can find promotions “3 for the price of 2”. Taking into account all these promotions, you can save up to 50% of the costs, ”explained Volkova.

If it was not possible to prepare for school in advance, the expert advises buying only the necessary before the start of the school year, and postponing mass purchases to early September.

On the same day, florist Ekaterina Aleksandrova told how to save on a bouquet by September 1st. According to her, you can save money by eliminating unnecessary decorations or buying a ready-made flower arrangement in a box. So, for example, up to 1.5 thousand rubles can be saved if the bouquet is diluted with sprigs of lavender or ears of wheat, writes RIAMO. It is better to purchase a bouquet on August 31.

On August 27, Alena Nikitina, an expert in personal finance management, told the 360 ​​TV channel how to properly prepare a child for school. In particular, she also recommended online shopping. It is also better to buy the necessary ones from the lists in order to avoid spontaneous and unnecessary purchases. Meanwhile, the expert urged not to save on shoes.

On August 28, Izvestia, citing the results of a survey conducted by SDEK and IC Rosgosstrakh Zhizn, reported that two-thirds of parents (65%) give their children who study at school, on average, no more than 5 thousand rubles a month. It is clarified that 46% of respondents give schoolchildren a certain amount within a specified period. Every tenth person allocates up to 10 thousand rubles to their child, some parents do not consider how much money they give to their children.

The expenses of schoolchildren are controlled by only 10% of the parents surveyed, writes NSN.

On August 23, child and family psychologist Maria Serebryakova told Pravda.Ru that on the eve of September 1, the anxiety of the child and parents is increasing. In this regard, she advised to spend the last days before the start of the school year with pleasure for everyone: walk, remember summer, decide together what is interesting to do after September 1 – plan tasks for the school year. For example, you can discuss which sections and circles the child would like to attend.

In May, it was reported that 20 new schools would be built in the Moscow Region as part of the President’s Modern School project. As the head of the region Andrei Vorobyov said, the Moscow region is growing, there are not enough schools for all children, so it was decided to implement this project. So, in particular, four schools will appear in Odintsovo, two – in Krasnogorsk, Balashikha, Domodedovo, in Lobnya they will build a school for 2 thousand places, the Zvezda TV channel specifies.