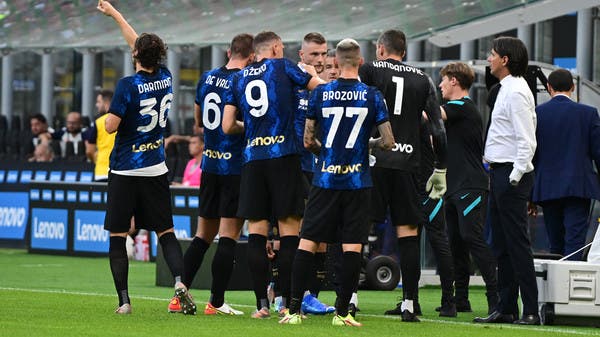 Inter Milan coach Simone Inzaghi called on his team on Tuesday to forget their past struggles in the Champions League group stage when they start a new campaign against Real Madrid.

The Italian champions failed to reach the group stage in the last three seasons and humiliately bottomed out last year under coach Antonio Conte, behind Real Madrid, Borussia Moenchengladbach and Shakhtar Donetsk.

The team of coach Inzeghi was drawn again with two of these teams in Group D this season, namely Real Madrid and Shakhtar, in addition to Sherif Tiraspol from Moldova.

Inzaghi said in a press conference: What happened has happened and has become a thing of the past, including last season. We have a great chance to write history at the moment, it’s a tough group but we want to qualify.

He continued: Inter have not reached the knockout stages since 2011, so from tomorrow we will start working to reach this goal.

Inzaghi led Lazio to reach the last 16 of the Champions League last season before joining Inter, and he will now face a big tactical battle at the San Siro stadium, where he meets Real Madrid led by veteran Italian coach Carlo Ancelotti.

Inzaghi said: As a coach, I played nearly 50 matches in the Champions League and the European League, and of course Ancelotti played more matches than me, but we will try to prepare as best we can.

And he concluded: Ancelotti is one of the most successful coaches in history. We talked before. It’s always great to discuss football with him. We will have to be at our best.