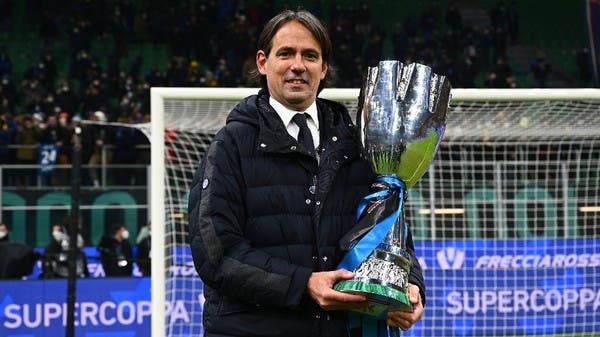 Inter Milan coach Simone Inzaghi said on Saturday that his team need to regain focus before facing Atalanta in Serie A, after celebrating the Super Cup win at the expense of Juventus last week.

Alexis Sanchez scored in the 120th minute, as the league leaders beat Juventus 2-1 at the San Siro, and Inzaghi won his first title since taking over the team earlier this season.

“Winning my first title in front of our fans was great,” Inzaghi told a news conference. “But it is already in the past. We know that we have to regain our focus after the celebrations before tomorrow because we have a very difficult match.”

Inter travel to Bergamo after their victory in the last eight matches in the league to lead the competition, one point ahead of Milan, and also have a game postponed. Atalanta, who drew 2-2 with Inter in Milan in September, are eight points behind their visitors in fourth place.

Simone answered when asked if the confrontation is a battle between two contenders for the title, “Certainly, (Atalanta) is in fourth place and third in the last three seasons and continues to develop.”