Inzaghi calls for Inter to “do it” against Napoli 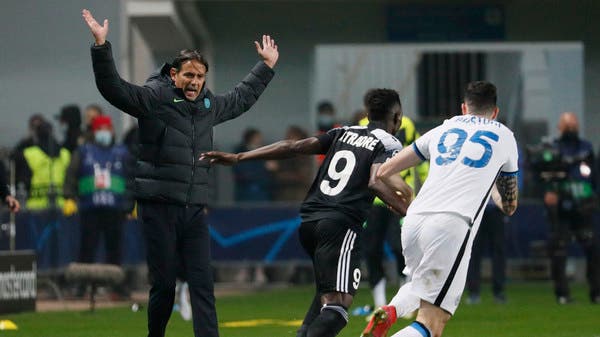 Inter Milan coach Simone Inzaghi confirmed on Saturday that his team’s next confrontation with its guest, Napoli, who leads on Sunday, is not decisive at the level of the local championship, but despite that, he called on his team to perform better in confrontations with the big teams.

Inzaghi’s team currently occupies third place among the 20 teams in the championship, seven points behind the leaders Napoli and Milan, who have not tasted defeat so far.

Inter Milan drew 1-1 with neighbors Milan in the Milan summit before the last international break, but now risk facing more difficulties in the title race if they lose at the San Siro to Napoli on Sunday.

Coach Inzaghi said in a press conference: “The match is not decisive, but it is very important, as was the case against Milan. Our balance in the league is two points lower than it was last year and we played more matches away from our stadium.” Milan and Napoli offer results that have not been achieved in the last 40 years.

Inter Milan has faced difficulties in facing the major teams this season so far.

The team failed to win in its confrontations with teams that finished last season in the top seven when it tied with Atalanta, Juventus and Milan and lost in the face of Lazio, the only defeat it has received during the current season.

And Inzaghi added, “We know that we deserved better results against Juventus, Atalanta and Milan, but we achieved three draws.” We have to do better in the big matches, starting with Sunday’s game.

The Inter Milan coach added: We are missing this little addition because we are statistically in a good position. We deserved better in the big matches but obviously we have to do more work and do more.