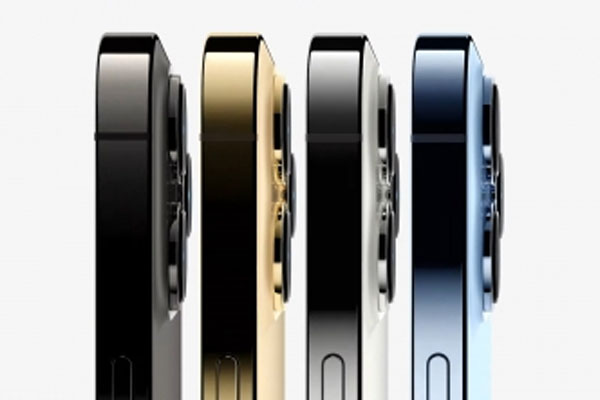 The Pro models will come with major camera upgrades.

Current Pro iPhones ship with a 12MP camera on board. However, the iPhone 14 Pro model will have a 48 MP camera.

Apple has reportedly advised major US carriers to prepare for launching eSIM-only smartphones by September this year.

It is possible that Apple may remove the physical SIM card slot starting with some iPhone 14 models instead of some iPhone 15 models as originally rumored.

It is also said that there will be support for two eSIM cards, thereby ensuring dual SIM functionality. Removing the SIM card slot may further improve water resistance. (IANS)

Web Title-iPhone 14 Pro to feature hole plus pill design instead of notch: Report

New Apple iPhones, Samsung devices get faster 5G access in the US