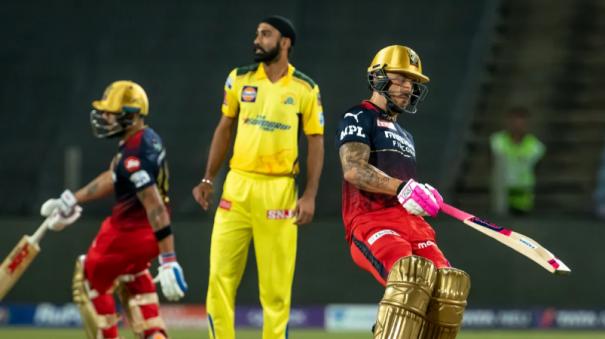 Chennai Super Kings and Royal Challengers Bangalore are playing in the 49th league match of the current IPL season. Chennai captain Dhoni, who won the toss in the match, chose to bowl. Virat Kohli and Duplessis were the opening batsmen for Bangalore. The two formed a 62-run partnership for the first wicket.