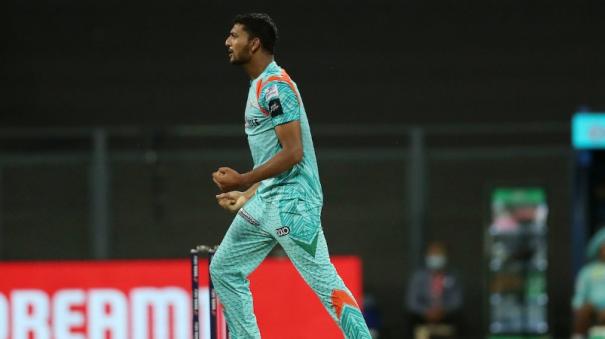 Mumbai: Lucknow won the match by 6 runs against Delhi.

Today’s match of the 45th league match of the current IPL series was played at the Wankhede Stadium in Mumbai. The Delhi Capitals and Lucknow Super Giants clashed. Lucknow won the toss and elected to bat first. De Gock was out for 23 when the team’s score was 42.

Deepak Hooda, who landed next, cooperated well with Captain Rahul. Thus the team’s score was significantly higher. Both the sixes and fours crossed the half-century mark. Deepak Hooda was dismissed for 52. KL Rahul, who played responsibly, was out for 77. In the end, the Lucknow team scored 195 runs for the loss of 3 wickets in the allotted 20 overs. Shardul Thakur took 3 wickets for Delhi.

David Warner and Prithviraj Shah co-opened the innings for Delhi, who set a target of 196 for victory. It set off a bad start for the Delhi team. Prithviraj Shah came out with 5 runs in the first over. Warner also tied the innings with 3 runs in the next over. Mitchell Marsh, Rishabh Pund joined hands. But, Mitchell Marsh did not last long. He was out in the 7th over with 37 runs.

Lalit Yadav took the wicket with 3 runs. Rishabh Pandey was bowled out for 44 by Mohsin Khan. Shardul Thakur took 1 wicket and Rowman Powell took 35 runs. The Delhi team could not reach the target as the players were unstable. Lucknow Super Giants won by 6 runs.