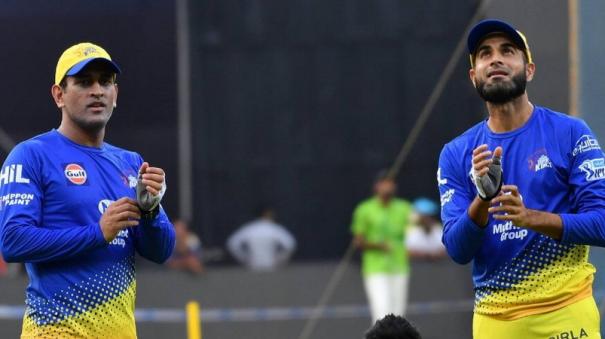 Pune: Former CSK player Imran Tahir has said that the hand of Chennai Super Kings against Royal Challengers Bangalore will be a bit sharp.

Imran Tahir played international cricket for South Africa. The 43-year-old played in IPL cricket for the Chennai Super Kings from 2018 to 2021. Chennai and Bangalore will take on each other today in the 49th league match of the current season. The tournament is being held in Pune. The situation is that only if Chennai wins can retain the opportunity for the next round.

“I think there is no chance of a change in the playing eleven because of CSK’s victory in the last match. I do not know if any foreign player will be taken out of the playing eleven if the all-rounder Bravo is fit. Of course Conway is unlikely to be removed. I hope he retains his place.

This match is a very important match for Chennai. Because even if they lose one match, Chennai will not have a chance to advance to the next round. The victory in the last match would have given hope to Chennai. Bangalore, meanwhile, have lost three matches in a row. Chances are they have lost hope. So Chennai’s hand will be raised in this match, “said Imran Tahir.