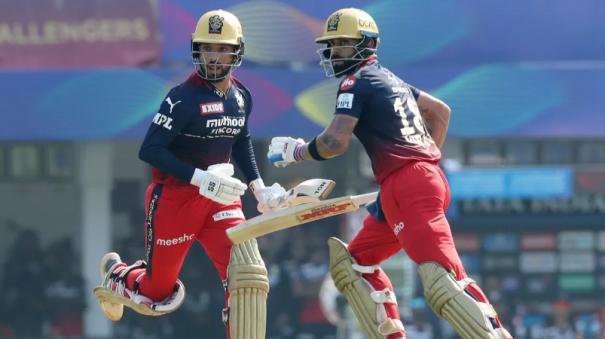 Mumbai: Virat Kohli and Rajat Patti played responsibly for the Bangalore team. RCB have set a target of 171 for Gujarat due to their formidable alliance.

The Royal Challengers Bangalore alternate Gujarat Titans played in the 43rd league match of the current IPL season. Bangalore captain Duplessis won the toss and elected to bat. Virat Kohli and Duplessis were the opening batsmen for Bangalore. Duplessis lost his wicket in the second over without taking any runs.