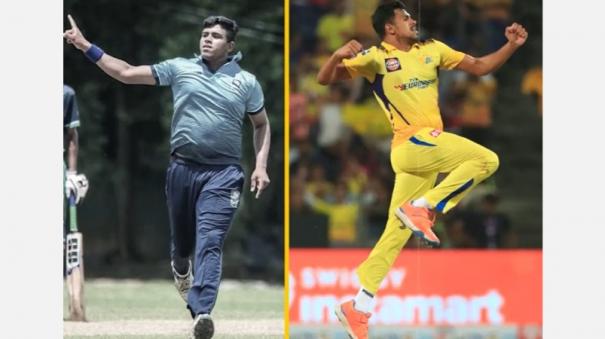 Mumbai: CSK player Mahesh Deekshna has said that he has not had the opportunity to play in the team before due to being overweight. He shared the story of his struggle to get a place in the team in the early days.

Mahesh Deekshna, a 21-year-old young spinner, is playing for the Chennai Super Kings in the current IPL season. CSK had bought him from Sri Lanka at auction for 70 lakh rupees. He has taken 12 wickets in 8 matches in the current season. It is also noteworthy that he did not get a chance to play in the first few matches. Binny is now taking over as CSK’s principal spinner.

In this case, the CSK team management shared a recent interview he gave on Twitter. This is what he said in it.

“I weighed 117 kg at the time of the Under-19 tournament. I did not get a place on the team due to being overweight. I did not pass the Yo-Yo Test.

I did that job for ten matches. That happened in the 2017-18 season. Then one day I came to a conclusion. My decision is to pass the yo-yo test next time. I tried hard. I come here now as a result.

I never thought I would play for the Chennai team. Last season I played as a net bowler. This time they have put me up for auction. “The Chennai Super Kings will take on the Mumbai Indians tomorrow at the Wankhede Stadium.