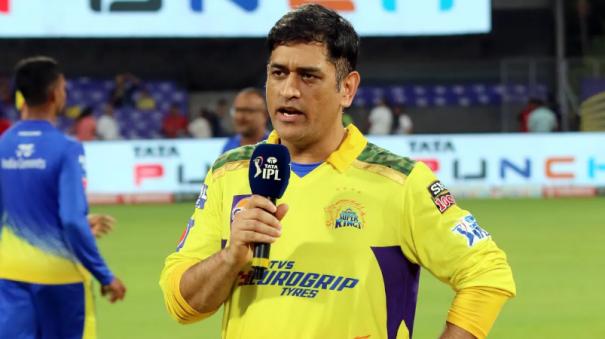 Mumbai: Chennai Super Kings captain Dhoni has said that he will definitely play next season to thank Chennai. He shared this during the toss against Rajasthan Royals.

Chennai Super Kings are out of the first round of the current IPL season. This season has not been easy for Chennai, who won the championship last season. Chennai faced problems like captain change. Chennai will play their last league match of the current season against Rajasthan today. Chennai won the toss and elected to bat first.

“I will definitely play next season because if we do not thank Chennai, it will not be fair. The reason for this is very simple. It would not be good for CSK fans to do so,” Dhoni said.

Dhoni attended an appreciation ceremony in Chennai last November. He had said that the last T20 match he would play then was in Chennai. However, Dhoni had jokingly said that it could happen in the next one year or in the next five years.

Due to Corona all matches for the current season are being held in Mumbai, Kolkata and Ahmedabad. No IPL match was played in Chennai. That said, Dhoni has kept his vote. Fans are celebrating this.