IPL 2022 | Is the generator only for ground lights? Sehwag questioned about power-cut in Power-Play 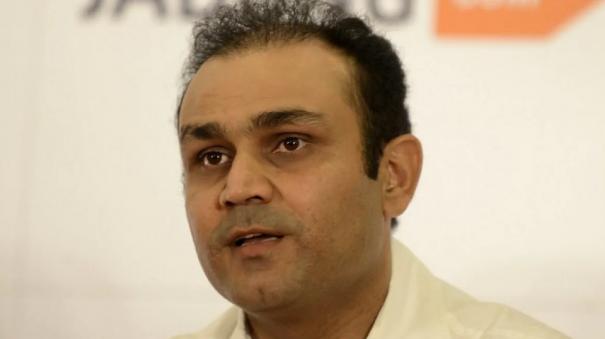 Mumbai: “Is the electricity available from the generator only for ground lights?” Former cricketer Sehwag has questioned the Indian Cricket Board over the power outage in power-play overs.

Chennai Super Kings and Mumbai Indians played in the 59th league match of the current IPL season at Wankhede Stadium. The first ball faced by Chennai player Devon Conway in the match was declared out by the umpire in LBW mode. But Conway could not take the DRS method of reviewing the arbitrator’s decision. Because, he was denied that option due to power outage in the ground. It erupted into great controversy.

Former Indian cricketer Sehwag has criticized the style in this regard. “At first I could not believe that the DRS system was suspended due to a power outage. It is a huge league series, so a generator should definitely be used for it. Any competitive arrangement should be prepared with its own back-up.

Is the generator only for ground lights? DRS denied to Chennai team. So both sides in that match should be saying there is no DRS. Even if Mumbai batted first here, the disadvantage will be on the team, “Sehwag said. Chennai lost the match.