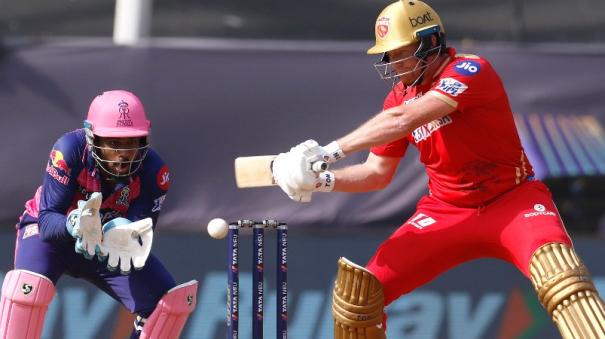 Mumbai: Punjab lost 5 wickets in the match against Rajasthan and scored 189 runs.

The 15th IPL season has started and is in full swing. In that category, Punjab and Rajasthan are playing a multi-match series in today’s 52nd league match. Punjab captain Mayang Agarwal won the toss and elected to bat.

Accordingly, Johnny Burstow and Shikhar Dhawan co-started the Punjab team. The two together gave the team a good start. However, the pair were split by Ravichandran Aswin in the 5th over. Dhawan gave up the catch and walked out for 12 runs.

Following this, Punjab lost 4 wickets at the end of 15 overs and added 122 runs. Liam Livingston, who struck with two sixes, took the wicket for 22 runs.

Following this, Punjab lost 5 wickets at the end of the allotted 20 overs and scored 189 runs. Jitesh Sharma (38) and Rishi Dhawan (5) are the other batsmen on the field.

For Rajasthan, Sahil took 3 wickets while Ravichandran Aswin and Prashit Krishna took one wicket each.