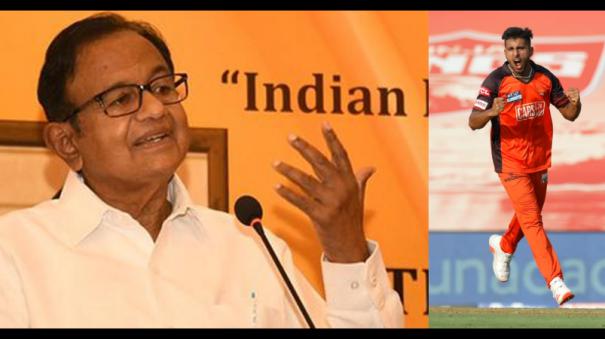 Due to that, he is still hailed by many today as a former cricketer and coach. In this context, P. Chidambaram from the Congress party has also praised the young player Umran Malik.

“Hurricane Umran Malik starts everything that interferes with his path. What a pace. What an aggression. There is no doubt that he is the greatest player ever discovered by the current IPL season.

The Indian Cricket Board should give him special training and add him to the national team as soon as possible, ”Chidambaram tweeted.

Earlier, Congress MP Sasi Tharoor had said that Umran should be included in the Indian Test squad to travel to England. Netizens who noticed this, however, gave mixed reactions.