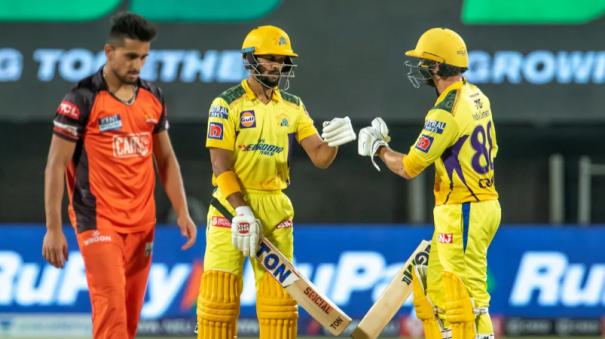 Pune: Chennai Super Kings scored 202 against Sunrisers Hyderabad. The match was played at the Maharashtra Cricket Association Ground in Pune.

Chennai Super Kings and Sunrisers Hyderabad played in the 46th league match of the current IPL season. Dhoni has re-assumed the captaincy of the Chennai team since this match. Hyderabad captain Kane Williamson, who won the toss, chose to bowl. Rudraj Kejriwal and Devon Conway opened the innings for Chennai. The two formed a partnership of 182 for the first wicket.