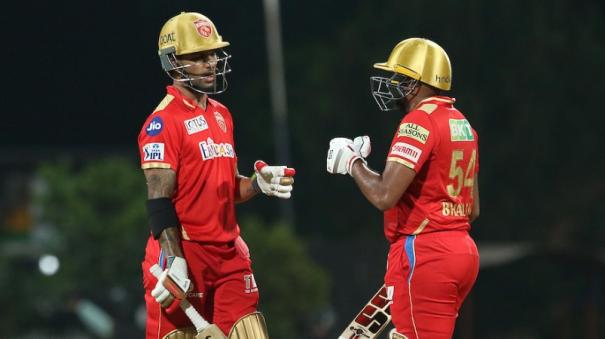 Punjab Kings won the match by 8 wickets against Gujarat Titans.

The Gujarat Titans and Punjab Kings played in the 48th league match of the current IPL season. Gujarat captain Hardik Pandya, who won the toss first, opted for batting. Though Gujarat batted accordingly, the leading players failed to stand. Even if the wickets fall on one side. Gujarat scored 143 for 8 in the allotted 20 overs with the help of young batsman Sai Sudarshan alone. Kasiko Rabada took 4 wickets for Punjab.