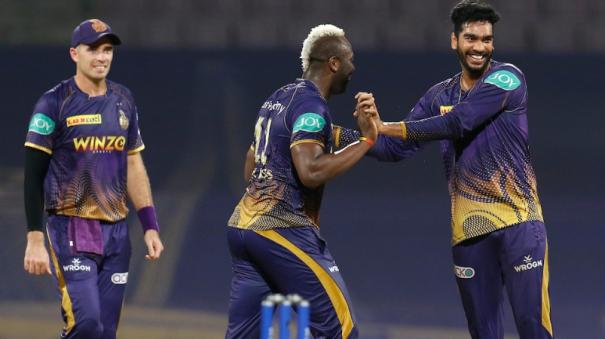 Mumbai Indians lose to Kolkata Knight Riders in the 56th league match of the IPL.

Mumbai captain Rohit Sharma won the toss and elected to bowl first. Venkatesh Iyer gave the Kolkata team an action-packed start this time. He whitewashed the Mumbai bowlers and scored 43 off 24 balls. Similarly Nitish Rana scored 43 runs. Although the opening and one-down batsmen played well, the middle order and backline players did not play well. In particular, Jaspreet Bhumra made the Kolkata batsmen out in succession.

In the 18th over, he took 3 wickets and in the allotted 20 overs, Kolkata managed only 169 runs. Pumra took 5 wickets in this match for the first time in IPL history.

Mumbai Indians captain Rohit Sharma started the innings with two runs in the first over. He was out in the Tim Southee over and started the team’s decline. Ishant Kishan, on the other hand, was responsible for the passing of the Audi Fifty, but no one else was sober. Consecutive Mumbai batsmen snatched their wickets and walked out at regular intervals.

Mumbai lost all their wickets for 113 runs in 17.3 overs. Pat Cummins top-scored for Kolkata with three wickets and Russell two. Kolkata won by 53 runs. The match was a life and death struggle for the Kolkata team. However, the chances of winning the play-off tournament remain high.