IPL 2022 | Warner beats his old team: record for most half-centuries in T20I 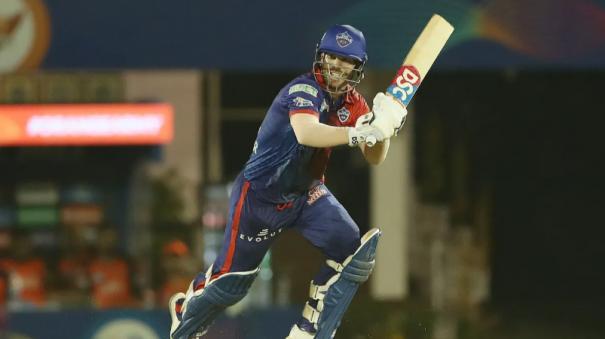 Mumbai: Delhi batsman David Warner has beaten his former IPL team with his batting prowess. He also holds the record for most half-centuries in T20 cricket.

David Warner from Australia is playing for the Delhi Capitals in the current IPL season. He has been playing cricket in the IPL since 2009. He has played in a total of 158 IPL matches so far. With that he has scored 5805 runs, 4 centuries and 54 half centuries. He has been playing for Delhi and Hyderabad (2014 – 2021). He has scored 356 runs in 8 matches this season.

He was not even included in the Hyderabad team’s XI last season for being in such excellent form. Warner was waving the flag for the Hyderabad team as he was in the pavilion at the time. It had given bitterness to his fans including himself. He was then not retained on that team. The Delhi team signed him for Rs 6.25 crore in a mega auction last February. In this situation, he has scored 92 off 58 balls against his old team Hyderabad.

“I did not need any extra encouragement in this match because we have all seen what happened in the past. Glad we got this win. Players like Powell and Livingston normally hit sixes several meters away. I think I’m getting old. I have to go to the gym because I just I’m going to fly a sixer at 85 meters, but at some point I’ll hope to hit a 100m six. I’m practicing a lot to play in switch hit mode. “