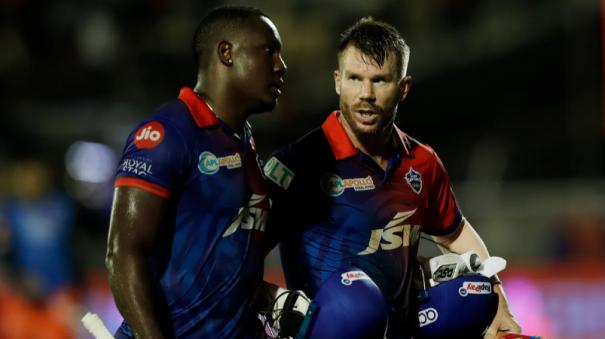 Delhi Capitals and Sunrisers Hyderabad are playing in the 50th league match of the current IPL season. Hyderabad captain Kane Williamson, who won the toss in the match, chose to bowl. The Delhi team batted first. Mandeep Singh, the team’s opener, was out for no runs in the first over. Mitchell Marsh was out for 10 runs.

Captain Bandh, who followed, teamed up with Warner to form a partnership of 48 runs. Bandh was out for 26 runs. Rowman Powell came to the field. Both showed action in batting. Powell scored 67 off 35 balls. Warner added 92 off 58 balls. Both were unbeaten until the end. At the end of 20 overs, Delhi scored 207 runs for the loss of 3 wickets.