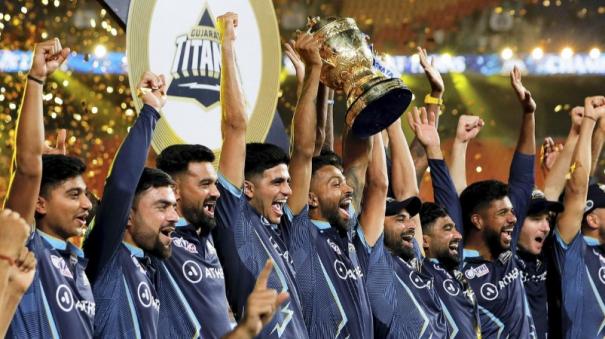 Mumbai: The IPL Governing Council has announced that the new rule of tactical substitute will come into force from the upcoming IPL season. It seems to work almost like the Impact Player rule used in the Syed Mushtaq Ali series in the recently concluded T20 series. It is noteworthy that the Board of Control for Cricket in India had decided to introduce this new rule in the domestic T20 cricket.

This new rule is likely to add another dimension to the already hectic IPL matches. A substitute player may be fielded in place of a player in the playing eleven announced before the start of the match. Such a fielder can bat and bowl. This new rule makes way for that. It is worth noting that usually substitute players only do fielding.

New Rule: IPL teams have to announce the names of four substitute players along with the list of 11 players to be announced at the time of the toss. Teams can choose any one of those four as a tactical substitute player. Under this rule, teams are required to use a substitute by the end of the 14th over of an innings. Then, a player in the playing XI must be released. This allows teams to utilize an additional bowler or batsman. A released player cannot take the field again.

This new rule in T20 cricket is also likely to have an impact on the game. Sahal has played as a concussion substitute in place of Jadeja, who suffered a head injury in the India-Australia T20 match two years ago. It is noteworthy that Jadeja scored 44 runs and Sahal took 3 wickets in that match. Similar incidents are going to happen in IPL cricket from now on.