IPS officer Sanjay Arora, who participated in the Veerappan manhunt, has been appointed as Delhi Police Commissioner 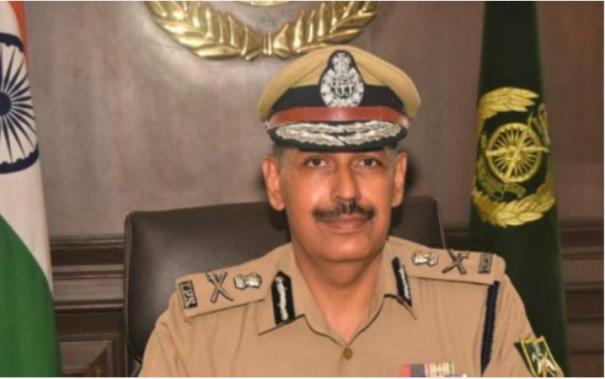 New Delhi: IPS officer Sanjay Arora has been appointed as the new commissioner of Delhi Police. He was a key player in the hunt for sandalwood smuggler Veerappan.

Sanjay Arora, hailing from Rajasthan, completed IPS in 1988 and served as an officer in the Tamil Nadu division. He holds a B.Tech degree in Electrical and Electronics. He was serving as the Director General of the Indo-Tibetan Border Force (IDBP). He was appointed as the Commissioner of Delhi Police yesterday.

Sanjay Arora is considered to be a very efficient officer like Asthana. Sandalwood smuggler Veerappan was killed when he was a key officer of Tamil Nadu’s SDF. Sanjay Arora was considered very close to IPS Vijaykumar, who led the Veerappan hunt.

Also, he was instrumental in setting up the force when former Chief Minister Jayalalithaa was given the first Black Cat Force protection.

From 1997 to 2022, Sanjay Arora worked as the Commandant of ITPP in Uttarakhand and at the ITPP Training College of Coach Raga Mussoorie under the Central Government.

Later, he was the Commissioner of Police, Coimbatore from 2002 to 2004. Promoted as DIG, he worked in Villupuram Cargo and Tamil Nadu’s Anti-Bribery and Corruption Branch. Sanjay Arora has received various awards from Tamil Nadu and Central Government for his heroic deeds.

He has served as Additional Commissioner of Chennai Metropolitan Police in Crime Branch, Headquarters and Traffic Divisions. After his promotion, Sanjay was also the ADGP of the Headquarters Administration and Operations Wings of the Tamil Nadu Police Department.

He was also IG Operations in the Border Security Force under Central Govt., CRPF IG Naxal hunting in Chhattisgarh. He was also promoted as ATG in the same force. He also served as Director General of Jammu and Kashmir Special Branch. He is currently posted as Commissioner of Delhi Police from IDPP.