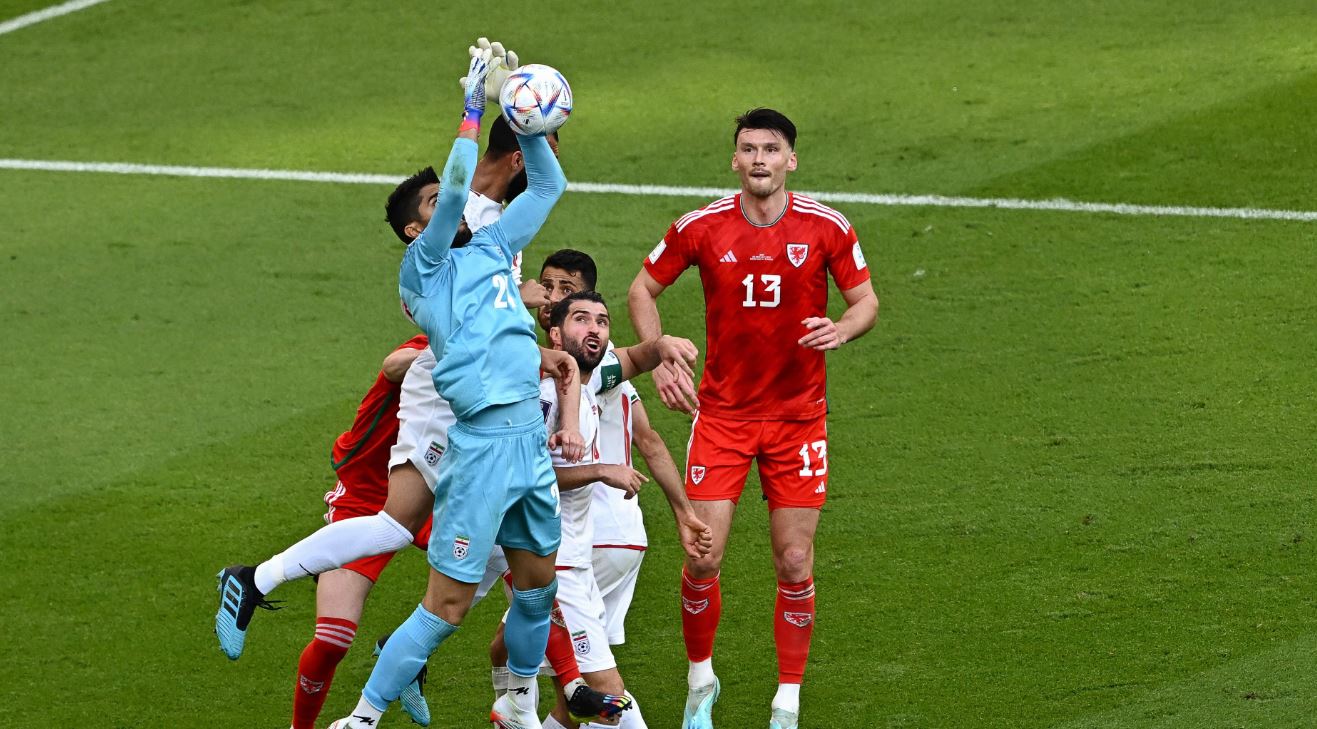 The Iranian national team, which is in crisis as a result of the protests taking place in its country, kept its hopes of reaching the price of the World Cup final for the first time in its sixth participation, after a fatal victory over its Welsh counterpart 2-0 today in the second group of the Qatar World Cup, in a match preceded by the players performing the national anthem Unlike the first match against England.

“Tim Melli” started his second participation in the finals with a severe loss against England 2-6, but he succeeded on Friday in Al Rayyan by snatching the three points with two goals in stoppage time through substitute Rouzbeh Jishmi (8 + 90) and Ramin Rezaian (11 + 90).

And after winning the second confrontation between the two teams ever, after the first friendly, which he lost 0-1 in April 1978, “Tim Milli” kept his chances of skipping the group stage for the first time, while the situation of his Welsh counterpart became somewhat complicated to pass the group stage for a third major championship in a row ( He reached the semi-finals in the 2016 European Cup and reached the eighth final of the continental championship last summer), as his score remained at a point he won in an opening 1-1 draw against the United States.