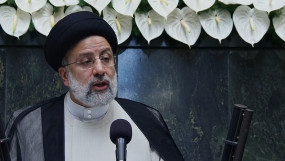 digital desk, Tehran. Iran’s President Ibrahim Raisi said that his country wants to hold talks with all countries, especially its neighbors and allies.

Addressing the plenary session of Russia’s Duma, Raisi said that through dialogue and cooperation, mutual interests of countries are met and a civilized global community is formed, Xinhua news agency reported, citing the president’s website.

He said the successful model of cooperation between Iran and Russia in Syria has guaranteed the country’s independence and strengthened regional security.

Raisi also cited the presence of foreign powers in the region and US sanctions, saying that the hegemony strategy has now failed and the US is at its weakest point.

The US claims that the sanctions are due to Iran’s nuclear activities, but Iran’s activities are under the constant supervision of the International Atomic Energy Agency.

“In various historical periods of Iran, whenever Iranians have raised the flag of nationalism, independence or scientific development, it has faced sanctions and pressure from the enemies of the Iranian nation,” he said.

“Iran’s policy is that we are not looking for a nuclear weapon and this weapon has no place in our defense strategy,” the president said.

Raisi pointed to the ongoing negotiation process between Iran and world powers over its nuclear program in the Austrian capital of Vienna, and said Iran is serious about reaching an agreement if the other side is about effectively lifting sanctions. I am serious.

Iran’s president, leading a delegation, arrived in Moscow on Wednesday for a visit at the invitation of his Russian counterpart Vladimir Putin.