Iranian players under the microscope of Wales today 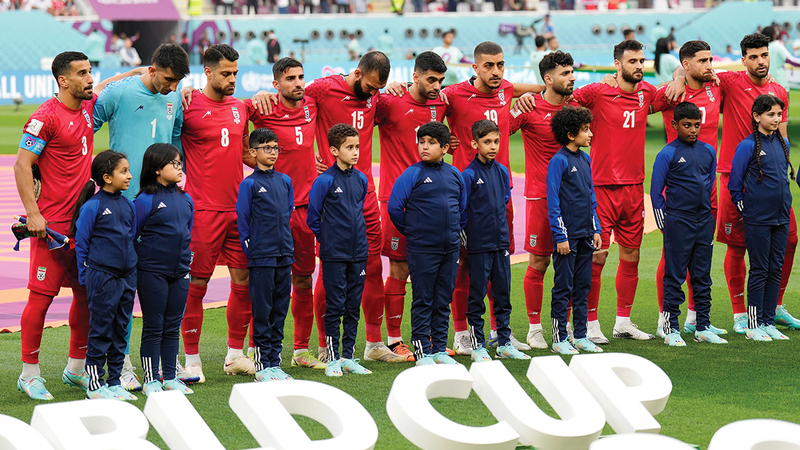 Attention is once again turned to the Iranian national team in its confrontation with Wales, led by superstar Gareth Bale, in the second round of Group B matches. The Iranian players were highlighted in the England match, and before the starting whistle, when the Iranian players refrained from performing the national anthem while it was being played, in solidarity with the protests taking place in their country.

The Iranian national team was dealt a heavy blow by the exit of its goalkeeper, Ali Reza Perranand, with suspicions of a concussion after colliding with his colleague Majid Hosseini, which will keep him out of the Wales match. The greatest weight remains because of the painful and historic defeat that the Iranians suffered by 2-6 from England. Today’s loss would officially announce the end of the Iranian national team’s journey in the World Cup in Qatar, while Wales and its star, Pyle, are betting on achieving victory to preserve the chance to settle one of the two cards in the second round.