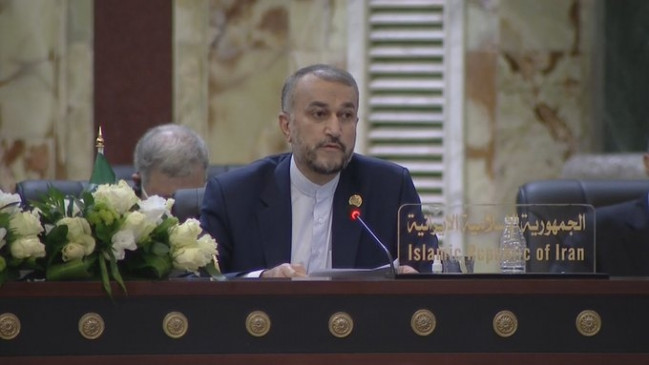 digital desk, Tehran. Iran’s Foreign Minister Hossein Amir Abdullahiyan has announced a new round of talks on Friday in the Iraqi capital Baghdad to try to normalize relations between the delegations from Tehran and Saudi Arabia.
With Iraq’s efforts, we will participate in the next round of talks between Tehran and Riyadh on Friday, Xinhua news agency quoted Amir Abdullahiyan as saying in a joint press conference with his Iraqi counterpart Fuad Hussein.

“I would like to emphasize that in the last round of talks, we presented a set of practical and constructive proposals to the Saudi side,” he said. Delegations from both countries will meet in Baghdad in the near future and work on the implementation of the next phase of the agreement.

The Iranian top diplomat expressed gratitude to the Iraqi government for its efforts to help resolve misunderstandings between Tehran and Riyadh.

Saudi Arabia severed diplomatic ties with Iran in January 2016 after angry protests were held outside its embassy in Tehran in reaction to the execution of a senior Shia cleric.

The two countries have recently held four rounds of talks, mediated by Baghdad, to resolve their differences.