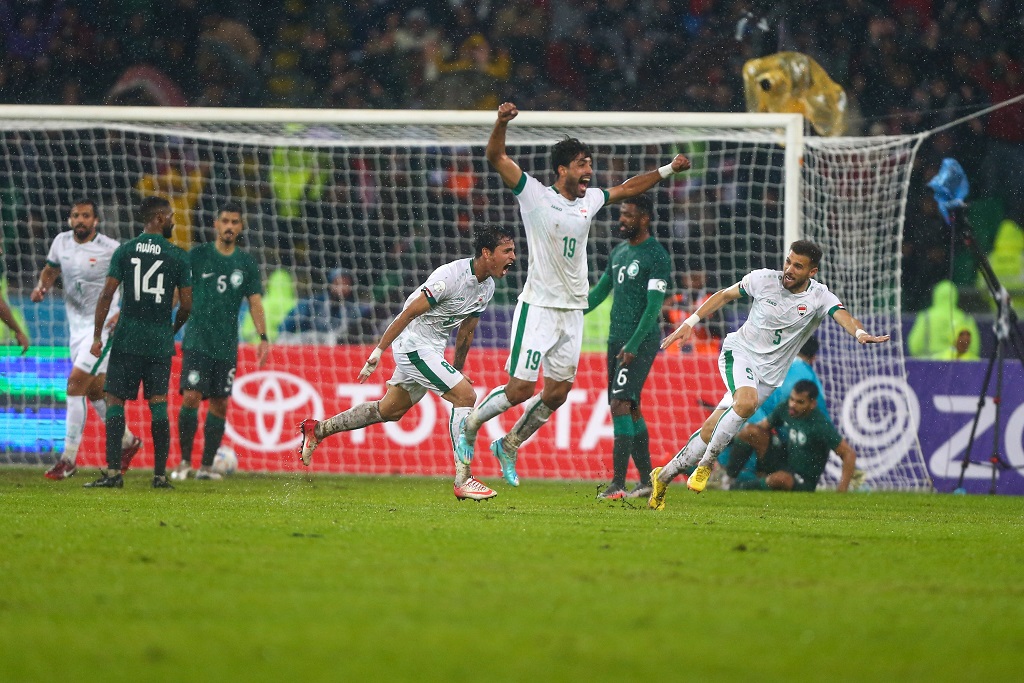 The Iraqi national team revived its hopes of reaching the semi-finals of the 25th Gulf Championship, which is being hosted by it, after defeating Saudi Arabia’s Al-Akhdar with two unanswered goals in the match that brought them together tonight at the Palm Tree Stadium in Basra in front of 65,000 spectators.

The goals of the Lions of Mesopotamia were scored by Ibrahim Baish and Aso Rustam, with a goal in each half.

With that result, Iraq shared the top spot in Group Two with the Omani team, each with four points, while Al-Akhdar fell to third place with three points, and its match against Oman became the decisive match for the qualified side, while the Al-Arad team will play a relatively easy confrontation against Yemen, which officially bid farewell to the tournament.

The Iraqi team deserved the points of its match against Saudi Arabia, despite the poor pitch, which was completely flooded with water due to rain. It was the better side in most of the match, thanks to the support of the masses, but it did not succeed in making much of a real opportunity in the goal of the Saudi goalkeeper, Nawaf. Al-Aqidi, with the exception of the goal scored by Ibrahim Baish from a fatal defensive error, and the ball was hit by Ayman Hussein and the goalkeeper pushed it away with difficulty.

But the second half witnessed intense offensive pressure on the Saudi team, which defended most of the time without having any offensive fangs, so many opportunities were missed, the most prominent of which was from Ayman Hussein, who missed a goal from a header while he was close to the goal.

The Iraqi player, Hassan Abdul Karim, was unlucky on his way to score the second goal alone in the goal, so that the ball stopped in the “water pool” and was dispersed by the defense at a difficult time.

However, Aso Rustam was able to compensate for the missed opportunities for the Iraqi national team, by scoring the second goal with a header, which was confirmed by the video assistant referee (the mouse).