Iraq is betting on 65,000 spectators in front of Oman 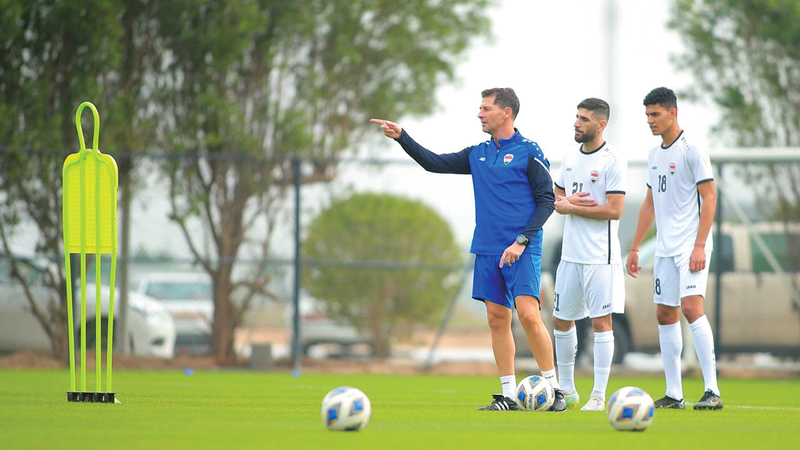 The competitions of the 25th edition of the Arab Gulf Cup will start in Basra, with a strong confrontation between Iraq, the “host country”, and Oman, at eight o’clock in the evening, Emirates time, at the Basra International Stadium, as the “Lions of Mesopotamia” will test its ambitions to compete for the title in the first group, which includes both Saudi Arabia and Yemen.

The Iraqi national team is betting on playing the tournament at home and in front of its fans, as the Basra stadium can accommodate 65,000 spectators, as the fans will be thirsty for an achievement that will bring Iraqi football back to the podiums, but the pressure will be great on a squad without prominent names led by an inexperienced coach in the position of man. the first.

Spain’s Jesus Casas leads the “Lions of Mesopotamia” in his first official match with the team after he was appointed last November, as Casas led the Iraqi national team in a friendly match against his Kuwaiti counterpart and won it with a clean goal in preparation for the tournament.

Casas will have another challenge, especially since he will enter the tournament without his professional players and will rely on a group of young players, led by goalkeeper Ali Abadi, defender Zaid Tahseen, right-back Eli Ali Fadel, left-back Ahmed Yahya, playmaker Riwan Amin and striker Moa’mal Abdel-Rida. .

Casas’ task will be difficult in the first match, especially as he will face the Omani team, which came to participate in the tournament with all its stars and is also seeking to win the title, after achieving it twice, the last of which was in 2017.

The Iraqi national team hopes to achieve the title for the fourth time, and the first since 1988, to take advantage of the land workers and the public, after many years of playing outside the country.

On the other hand, the Oman national team enters the meeting as one of the most prominent candidates to compete for the title, especially since the Croatian coach, Branko Ivankovic, summoned the team’s striking force.

Ivankovic stressed that Al-Ahmar does not consider the Gulf 25 a preparatory tournament for the Asian Cup, but rather came to compete for the title, although the team’s preparation period was not good in light of only two friendly matches in preparation for the tournament, which were against the Syrian team.

The Oman national team aims to achieve a good start in its search for its third crown in the tournament, after the “Gulf 19” edition hosted by the Sultanate of Oman, and “Gulf 23” in Kuwait, as “Al-Ahmar” hopes that the Croatian coach will continue his achievements.